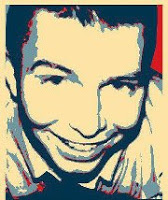 
The US soldier convicted of handing a trove of secret government documents to anti-secrecy website Wikileaks has been sentenced to 35 years in prison.

Pte First Class Bradley Manning, 25, was convicted in July of 20 charges against him, including espionage.


Last week, he apologised for hurting the US and for "the unexpected results" of his actions.


Prosecutors had asked for a 60-year sentence in order to send a message to future potential leakers.
Pte Manning will receive credit for time he has already served in jail, plus 112 days' credit in recompense for the harsh conditions of his confinement immediately after his arrest....

Read the rest of their report  here.

Any long-time readers I have left know VERY well what I think about Manning. For those of you who may have missed it, go read here:

This Aint Hell has commentary.


It seems that Manning's lawyers plan to ask the MIC to pardon Manning...  Globe and Mail (from Canada) has the presser video here.

Sadly,  I really would not be surprised, given MIC's track record....
Posted by The Brat at 8:27 AM