Syria: Obama's 'Coalition' not so willing 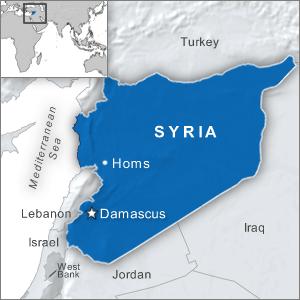 In a heavy defeat to Prime Minister David Cameron,  the British Parliament voted against British military contribution to or involvement in an attack on Syria in response to the Assad regime’s use of chemical weapons last week. The vote is an embarrassing defeat for Cameron, and a major set-back for President Obama’s plan to put together a coalition of the willing to strike military targets in Syria. The parliamentary vote has no military significance, as the British contribution to the actual military operations would have been minimal at best. The U.K. vote, rather, is a political blow to the United States as it highlights on-going skepticism among Western publics – including U.S. public opinion — about yet another Western military involvement in the Middle East.

In a vote of 285-272, the British Parliament voted against British military contribution to or involvement in an attack on Syria in response to the Assad regime’s use of chemical weapons last week.


The vote is an embarrassing defeat for Cameron, and a major set-back for President Obama’s plan to put together a coalition of the willing to strike military targets in Syria.


A grim Cameron, speaking after losing the vote, sounded as if he was conceding that the United Kingdom would not participate in any U.S.-led strike on Syria.

While the house has not passed a motion, it is clear to me that the British parliament, reflecting the will of the British people, does not want to see military action.
I get that and the government will act accordingly...

As I listen to Obama the last few days, I can't help but think back to the criticism that President George W Bush got as he put together the Coalition of the Willing back in the dark days following 9/11.  As I hear about the 'evidence' that Obama claims to have out of Syria, can't help but remember and note that the debate about the evidence on which decisions were made by Blair and Bush.  Seems to me, that Obama is expecting allies to jump on board with his 'strike across the bow' (!)  of Syria based on even less credible 'evidence' than his predecessors were able to show.

From 'the most transparent administration EVAAAAH, there are consultations behind closed doors.  That IS the Obama way, after all.

From Twitchy comes this: 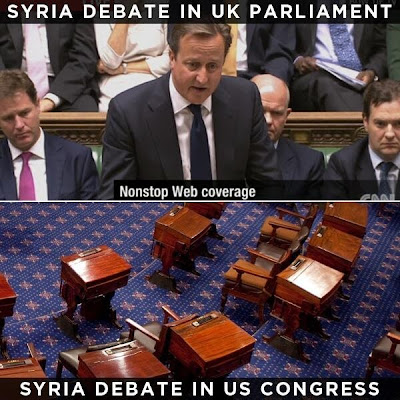 President Waffles hasn’t figured out his approach to Syria yet, though a fearsome “shot across the bow” is apparently on the table. Even though he hasn’t made up his mind, Obama wants you to know he totally has this decision covered and doesn’t much care what elected members of Congress think. Evidently he’s not too concerned with what the intel says about the Syrian gas attack either.

As always, Sen. Ted Cruz had a meme-worthy graphic response to the president. It was retweeted more than 600 times in an hour.

Lawmakers on both sides of the aisle have called on Obama to consult Congress before any use of military force in Syria.

I would be the first to say that something needs to be done about the situation in Syria.  I have been saying THAT for two years.  Seems to me that Obama should keep his mouth SHUT and figure out what the US' role should be.  As it stands right now, by flapping his jaws and wagging his (ineffectual) finger since he so welcomed the dawn of the Arab Spring set the Middle East on fire, he has done NOTHING for the citizens caught in the crossfire of  despots and predominantly Muslim Brotherhood uprisings.  He has done nothing, that is, except paint himself into a corner.


Time for the supposed 'smartest man in the room' to quit proving how stooopid he is.

Dangerous times we live in.