SGT Mike Stokely: Lest We Forget 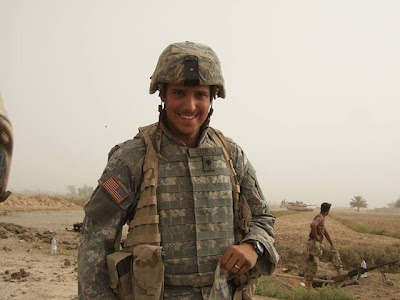 8/8/05: Yusufiyah Iraq Mike Stokely as he holds an IV bag for an injured soldier / non life threatening injuries on the ground being cared for by the unit medic. Mike's team and this soldier's team and another team were meeting on the roadway in the Triangle of Death when the insurgents tried to time it to get both trucks. Mike's team had just cleared the IED, barely, and were not injured. Mike's dear friend from high school, Georgia Military and fellow Guardsman, Alden Williams, may very well have taken what is believed to be the last known photo of Mike.

On August 15, 2005 at 6:20 p.m. I was visiting my friend Mike Kam and just sitting by his Koi pond and at ease for a few moments listening to the babbling water. Unknown to me Mike was killed by an IED at that very instant at 0220 hours August 16 local time Yusufiyah. No family can know but they wait, watch, hope and pray when someone they love is in a war zone. You flinch when the phone rings; you jump when a strange car pulls into the drive and you freeze when an unexpected knock comes to the door. It is hard to believe that eight years ago our family was about to be forever changed and our hearts broken. You don't get over it. You just live with it as best you can, some days better than others....

Mike Stokely is an American Soldier who was our son, brother, husband, grandson, nephew, cousin, and friend. He was all in. He gave his best fight, literally being born premature and struggling for life the day he was born April 19, 1982 to the day he gave his life fighting for and serving America on August 16, 2005.

I have written about Mike and his family a few times.   If you have no idea who he is - and you really should - you can go to They Have Names, and Mike Stokely Foundation.