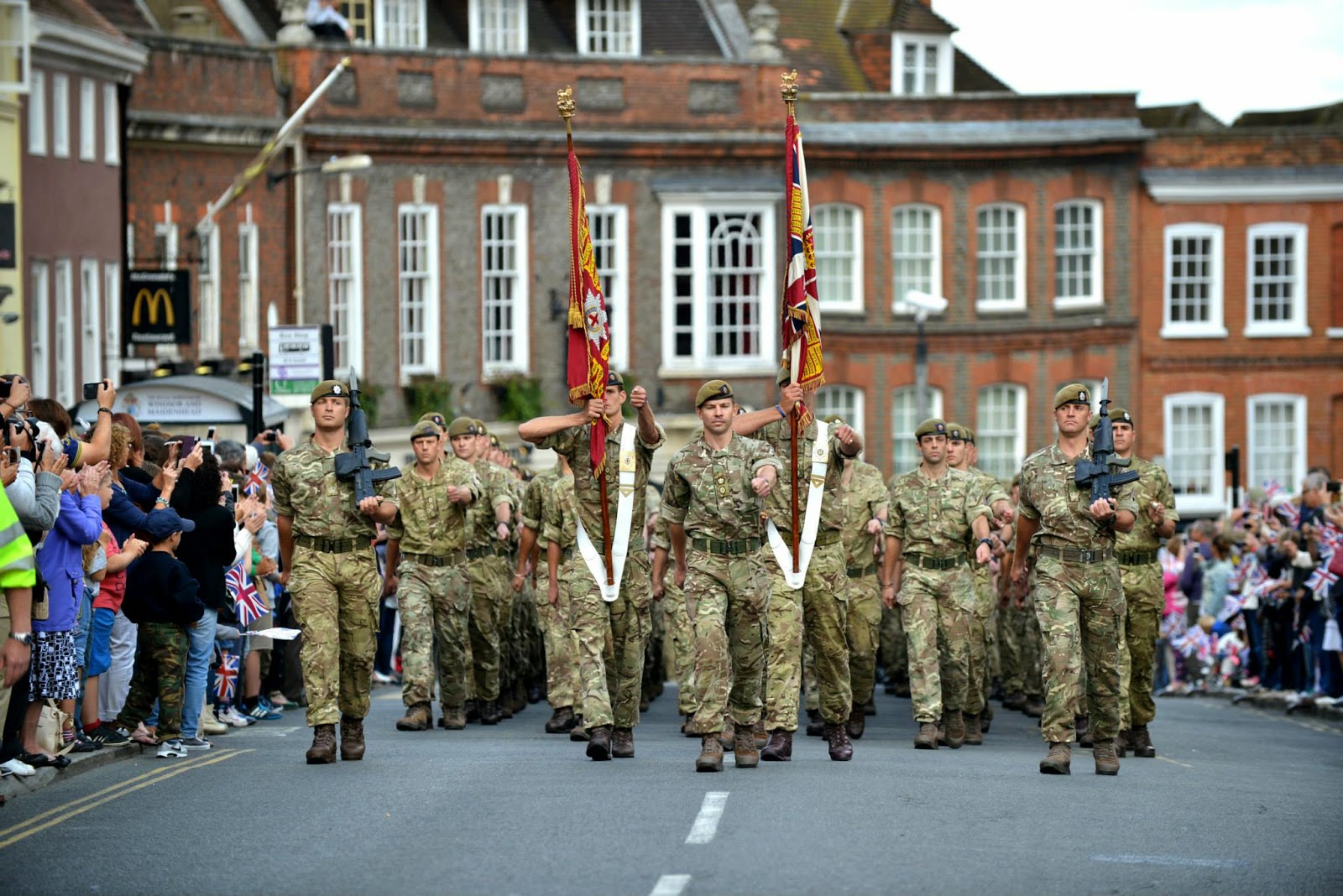 Soldiers from 1st Battalion Coldstream Guards have returned from their final deployment to Afghanistan.

The 1st Battalion Coldstream Guards enjoyed a rapturous welcome home from streets packed with well-wishers as they paraded through Windsor this morning with the Band of the Irish Guards providing musical accompaniment.

The parade marks their final return from Kabul and gave the public, friends and families, an opportunity to show their appreciation. 351 personnel from the Coldstream Guards and attachments deployed to Afghanistan over the period September 2013 to August 2014.


Number One Company and Number Two Company Coldstream Guards deployed as the Kabul Support Unit from February to August 2014, covering the busy period of the presidential election and providing support to the British Embassy, the Afghan National Army Officer Academy and to International Security Assistance Force Headquarters in Kabul.

Both companies were tasked with protecting UK bases and enabling safe movement across Kabul. They also were responsible for the safety for all UK civilian and military personnel. Prior to their deployment both companies spent 12 months training for the task in Kenya, across the UK and in Germany.

The Homecoming Parade through Windsor is one of two the unit will enjoy. The second will take place in London on Wednesday 17 September and will consist of a parade from Wellington Barracks to the Guards Memorial at Horse Guards. 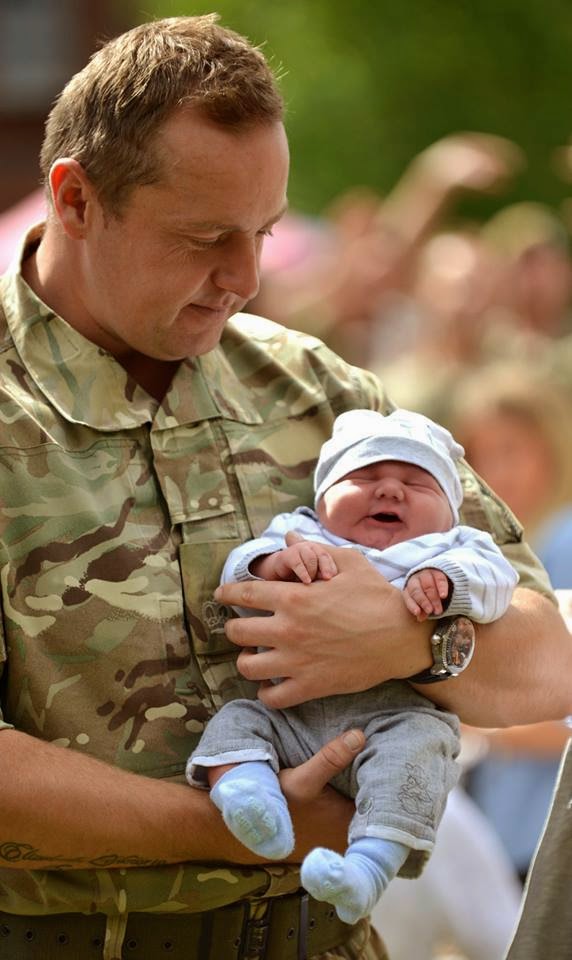 Colour Sergeant Major Glen Goldthorpe, from Doncaster, only just made it home from Afghanistan in time for the birth of his first son five days ago. Baby Harry, Glen’s wife Jolene and their daughters were in the 3000-strong crowd that lined the route in Windsor today for the Coldstream Guards' homecoming parade.

Glen commented: "It was a double dose of pride for me today to march through the town to such a welcome and with my boy and my family there among them. I've never seen so many people shouting 'well done!' and clapping. The locals have always supported us so well in Windsor but today was really special.

"I was so glad to get back just in time for Harry's birth. But that's what the Coldstream Guards do best - time everything perfectly! It's great to be home." 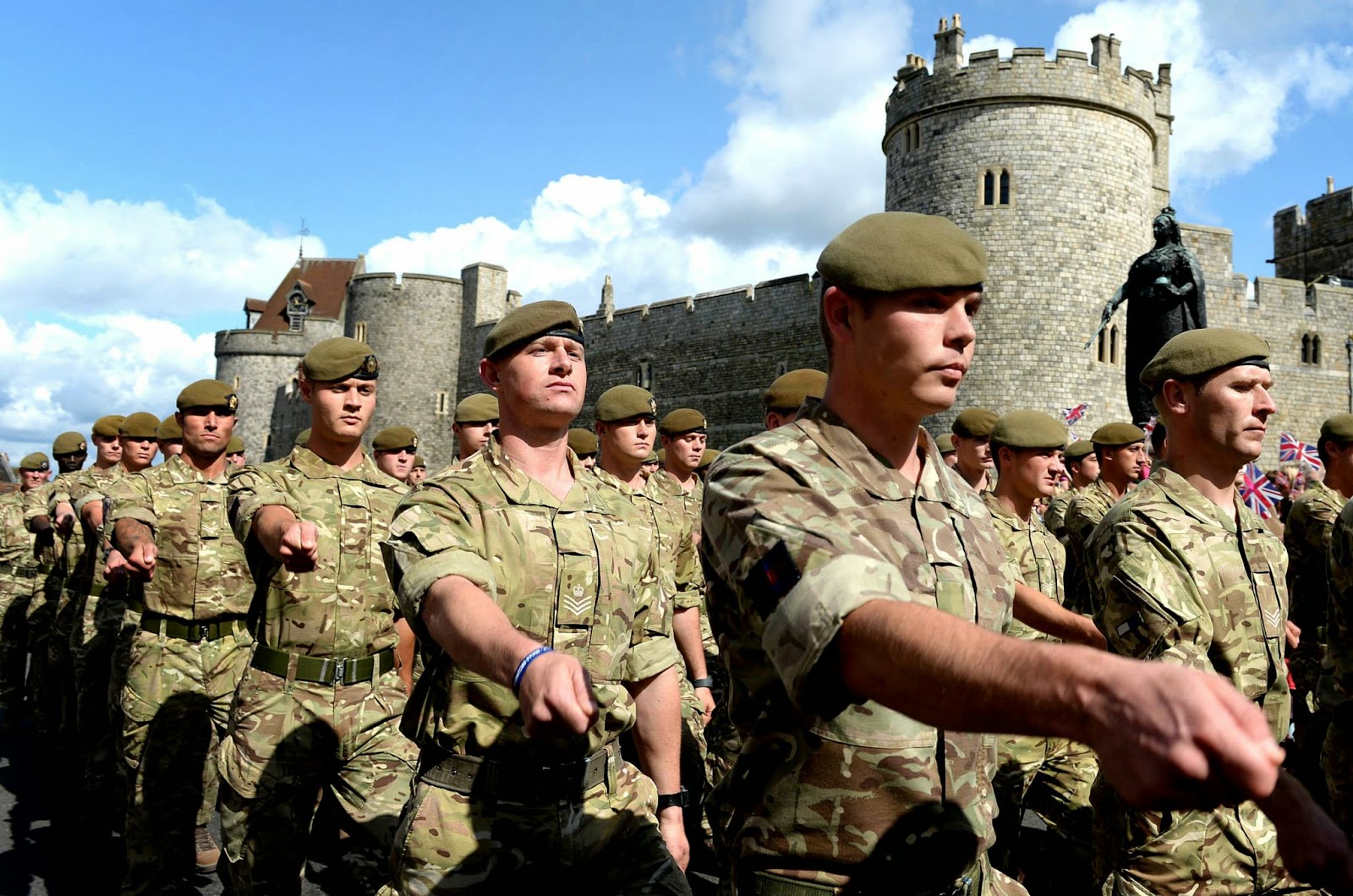 2nd Battalion The Rifles have now taken over from 1st Battalion Coldstream Guards in Afghanistan. Lt Col Mark Gidlow-Jackson, 2 RIFLES Commanding Officer said: “The Battalion has worked tirelessly throughout Mission Specific Training and we are fully prepared for the challenges of the next six months I look forward to picking up where the Coldstream Guards left off.”


Read more about the Coldstream Guards: http://www.army.mod.uk/infantry/regiments/23988.aspx
Posted by The Brat at 8:57 AM