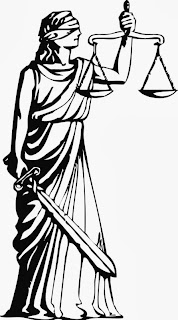 Good afternoon. As we meet for these pretrial proceedings in United States v. Mohammad, et al., I pause to honor those whom we lost and those who still bear wounds from the attacks on our nation twelve Septembers ago. Last Wednesday, our nation marked another solemn anniversary of the September 11th attacks. And although many survivors and families of those who were killed remember that day as if it were yesterday, the will they summon to overcome heartbreaking tragedy is a reminder that the pursuit of justice is not done.

Their dignity and resilience teach us that the human spirit can endure the test of time. I recall the dignity and resilience of one victim family member in particular who traveled to Guantanamo Bay last month, undaunted by its inhospitable heat and austere accommodations, to witness these proceedings in person. She lost her husband and best friend, a passenger on American Airlines Flight 77, when the plane crashed into the Pentagon on September 11th. Fearless and resolute, she told us how she had waited twelve years for the fair administration of justice. And she could wait twelve years more, if necessary. For the survivors who lost their family members or loved ones, justice cannot come quickly enough; but we appreciate your abiding commitment to the pursuit of a sustainable justice under law, however long it takes.

It is natural for each of us to reflect upon where we were on that day of “unprecedented shock and suffering in the history of the United States,” as the 9/11 Commission described it. As it so happens, I also had occasion this week to reflect on my field unit’s work in Afghanistan two years ago, near the tenth anniversary of the attacks. We had arranged to meet with some local Afghan leaders—police officers, judges, prosecutors, and district governors—in Kandahar province, and during our travels to the meeting, we passed former al Qaeda facilities that coalition forces had dismantled and destroyed between October and December 2001. These now-demolished facilities, where enemies of peace-loving peoples the world over had once plotted and trained with impunity, were a vivid reminder on a somber day that all lawful instruments of national power and authority—including, when necessary, military forces capable of physically routing such enemies and wrecking their bases—must be available for the defense of our homeland.

Thus resolved to meet whatever test time puts in our way, and mindful that our lawful state of armed conflict with al Qaeda also authorizes trials for violations of the law of war, we are here for the next series of pre-trial sessions in the military commission case of Khalid Shaik Mohammad, Walid Muhammad Salih Mubarak Bin ‘Attash, Ramzi Binalshibh, Ali Abdul Aziz Ali, and Mustafa Ahmed Adam al Hawsawi. The Accused stand charged with plotting the attacks of September 11th, which resulted in the deaths of nearly 3,000 persons and spurred what was by several measures one of the largest criminal investigations in U.S. history. I emphasize that the charges are only allegations; the Accused are presumed innocent unless and until proven guilty beyond a reasonable doubt.

The Military Judge’s order providing the motions he intends to hear this week, time permitting, is available on the military commissions’ website. The order is Appellate Exhibit 216B. As we did for last month’s sessions, we are making the filings available electronically on 2


DVDs, in a searchable format, to members of the media and non-governmental organizations (NGOs) who are joining us in Guantanamo Bay or via closed-circuit television in Maryland. For those media and NGOs present in Guantanamo Bay, we have also set up a one-stop-shop kiosk to make accessing and using the filings more convenient than ever. When I conclude my comments and finish answering questions, I will be happy to demonstrate how to navigate the DVDs we will distribute. If your laptop lacks an internal DVD drive, we also have available for loan several USB-powered external DVD readers.

As we proceed toward trial, we continue to litigate matters that the prosecution and defense have called upon the Judge to consider in these pre-trial sessions without jury members present. This week, the Judge intends to consider motions raising issues about the commission’s jurisdiction over offenses under the law of war, about information technology available to the defense, about the production of discovery, and about pre-trial and trial scheduling, among other issues. Although I will not comment on the specifics of these or other motions still before the commission for resolution, I will discuss two broader issues regarding military commissions that have been the subject of recent questions by interested observers.

Delays in Reaching Trial on the Merits


Delays in reaching trial on the merits, while understandably frustrating, must sometimes be acknowledged as part of the fair administration of justice. The United States v. Giffen case, for example—an international criminal bribery case in the U.S. District Court for the Southern District of New York—lasted over 7 years from indictment to guilty plea alone. In those 7 years, the parties litigated numerous pre-trial issues, including issues familiar to this case regarding the Classified Information Procedures Act. Delays are no less probable in trials involving crimes committed in war; the bringing to justice of John Demjanjuk in Israel and Germany, for instance, spanned many years.


In such cases, the pace of the proceedings may be heavily influenced by defense counsel, who, in zealously representing their clients—according to their interpretations of their duty—challenge the rules, the law, and even the system itself, and who may see delay as serving the interests of their clients. The seriousness of criminal proceedings, and accountability under law, require that the defense be given a full and fair opportunity to raise such legal challenges, and each one must be taken up methodically, and without resorting to perceived short cuts, if we are to pursue a justice that is truly sustainable.

Where the Judge approves defense requests for delay, the prosecution will use the opportunity to zealously represent its own client—the American people—by always seeking to strengthen the case against an accused, however possible, with further investigation, continued questioning of witnesses and cooperators, and collection of even more evidence if and as it becomes available. In the meantime, the Accused remain humanely detained and fully on notice of the specific charges against them, with their detention under the law of armed conflict subject to challenge by petition for writ of habeas corpus in federal civilian court.

Regardless of any delay in this case, it should be noted that the parties are accomplishing significant work. While acknowledging the impatience of those who would like to see more visible movement, I note the less visible progress that occurs between pre-trial proceedings.

 The parties have briefed in writing 124 substantive motions and have orally argued some 37 motions in previous pre-trial sessions. These submissions have included 72 declarations alleging facts and providing references to inform the Commission’s consideration of the issues.


 Of the 124 motions briefed, 9 have been mooted, dismissed, or withdrawn, and 30 have been submitted for decision.


 The Judge has ruled on approximately 62 motions.


 The Commission has received testimony from 14 witnesses in over 41 hours of testimony, with all witnesses subject to cross-examination.


 The parties have filed 88 exhibits during the pre-trial sessions.


As these numbers show, despite the complexity of this case and some mistaken characterizations to the contrary, this commission is moving slowly but methodically toward trial. Pursuing a sustainable justice that is consistent with our values is a worthwhile undertaking, and one that would take time in any court.


The attorney-client privilege serves the interests of justice by encouraging clients to fully and frankly communicate with their attorneys so that they may receive sound legal advice and advocacy. Among the privileges for confidential communications known to our common law, it ranks among the oldest. Yet the methods by which confidential information is today routinely transmitted and stored are relatively young. They have changed over time and, with them, the way in which adequate security is provided for that information.

Regardless of these changes, the attorney remains the ultimate guardian of the privilege. Attorneys have a duty to take reasonable steps to secure the information against misuse or inappropriate disclosure. This requires attorneys to store and transmit confidential client information using systems and controls that are reasonably designed and managed to maintain confidentiality. Attorneys risk disclosure when they fail to use the technological capabilities available to them to secure confidential information.


Sometimes, despite careful attempts to protect confidential information, human error and technological glitches can lead to unintentional disclosure of privileged communications and loss of data containing attorney work product. No one is immune to or unfamiliar with lost or misplaced data. No system is infallible, often because its human operators are themselves fallible. For attorneys in the complex world of high-tech communications, inadvertent disclosure of privileged information has become increasingly common. But we cannot dismiss or accept inadvertent disclosure as inevitable costs of litigation. The government takes information security seriously and has worked diligently to provide both the prosecution and the defense a safe, secure, and confidential platform for the transmission and storage of confidential information. (For details, see AE 155U.)

In closing, I thank the Soldiers, Sailors, Airmen, Marines, and Coast Guardsmen of Joint Task Force Guantanamo for the hard work, logistical support, and daily professionalism that makes proceedings such as these possible.