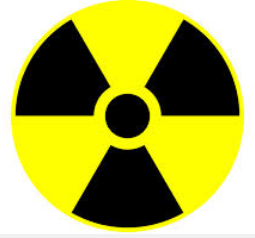 Despite US President Obama's flowery (empty) words of support of Israel, anybody paying attention over time has seen that Obama's actions tell a very different story.  Long time watchers also know that Obama has loose lips when it comes to sharing information publicly that he should not be sharing.

Since Obama became POTUS, he has often shared information on allies that he has no business sharing.  He has more than earned my title for him: Mouth In Chief.  His latest almost defies belief.


US Declassifies Document Revealing Israel's Nuclear Program
Obama revenge for Netanyahu's Congress talk? 1987 report on Israel's top secret nuclear program released in unprecedented move.
By Ari Yashar, Matt WandermanMarch 25, 2015
In a development that has largely been missed by mainstream media, the Pentagon early last month quietly declassified a Department of Defense top-secret document detailing Israel's nuclear program, a highly covert topic that Israel has never formally announced to avoid a regional nuclear arms race, and which the US until now has respected by remaining silent.

But by publishing the declassified document from 1987, the US reportedly breached the silent agreement to keep quiet on Israel's nuclear powers for the first time ever, detailing the nuclear program in great depth.

The timing of the revelation is highly suspect, given that it came as tensions spiraled out of control between Prime Minister Binyamin Netanyahu and US President Barack Obama ahead of Netanyahu's March 3 address in Congress, in which he warned against the dangers of Iran's nuclear program and how the deal being formed on that program leaves the Islamic regime with nuclear breakout capabilities.

Another highly suspicious aspect of the document is that while the Pentagon saw fit to declassify sections on Israel's sensitive nuclear program, it kept sections on Italy, France, West Germany and other NATO countries classified, with those sections blocked out in the document....

Israeli Soldiers Mother has a few comments on this outrageous - totally unacceptable - move.


Years ago, my mother was speaking in front of a high school class of Austrians contemplating their final year in school and not so very interested in a little country in a far off place. Most years, the graduating class chose to go to nearby Italy and explore the Alps.


My mother found the class a bit inattentive, a bit distracted and perhaps even a bit condescending about the message she was sharing. Midstream, she decided to change course.


"Israel has nuclear weapons," she told the suddenly-interested class, "and we aren't afraid to use them if we have to." She looked around, aware that they were quieter than they had been, "Does that frighten you?" she asked.


Several nodded and she added, "good."

For the past 24 hours, after hearing that the United States, under the leadership of Barack Hussein Obama, deliberately stabbed Israel in the back by releasing documents that confirm what most of the world has known or suspected for decades, I was rendered mute with anger. Every post I thought of making usually included at least one four letter word and often many of them....

I always marvel at how Israeli Soldiers Mother avoids using any four letter words when she writes about Obama.  Go read the rest of her latest here.


For me, the most succinct response to Obama's latest betrayal of an ally comes in the comments on that post - from Israeli Soldiers Mother:

I agree that there are many "secret" things in Israel that are not secret - but the telling was for us, not for the US. We chose not to acknowledge them and have never used them as a threat. Thus, when other nations come and say we have to sign a treaty that would put us at a disadvantage or suggest that others have a right to nuclear weapons because we have them, the fallback has always been very simple...a smile and a "what nuclear weapons." In openly declaring we have them, Obama broke faith, once again, with Israel.