Kory and Cooper: Still soaring through the heavens 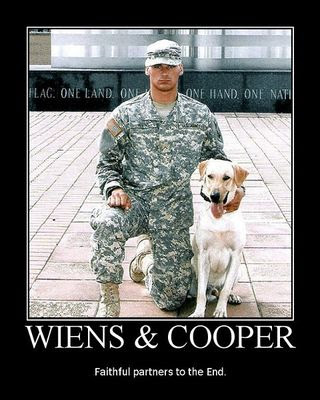 
I originally posted this at Tanker Bros. That video was created by MoE, another K9 team member who worked closely with Kory and Cooper. 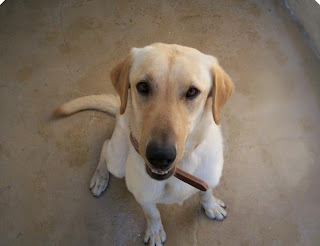 Today, it is two long years since they both gave the ultimate sacrifice.

In an article published about them in March 2007, (which I referenced on TB) Kory said of Cooper:

"I got to teach him all the things he knows, today," Wiens said. "Seeing him out there working is very rewarding. It's amazing to see how far he's come."

Cooper has become more like a kid than a dog to Wiens. He introduces Cooper to everybody as his son, and said being with him is just like watching a kid grow up.

"It's a lot of fun having him in Iraq," Wiens said. "There's never a dull moment with him." (here)

As Mary*Ann commented on one of my original posts about Kory and Cooper:

[I]think of the Gen. Patton quote we use every week for the Wednesday Heroes...

We Should Not Only Mourn These Men And Women Who Died, We Should Also Thank God That Such People Lived...

And so it is. Godspeed Kory and Cooper.. Always remembered and honoured.
Posted by The Brat at 4:18 PM

Email ThisBlogThis!Share to TwitterShare to FacebookShare to Pinterest
Labels: Kory and Cooper two years on