RAF and USMC work the skies over Afghanistan together

In the south and south west of Afghanistan, a team from the RAF is working with the US Marine Corps (USMC) on the daunting task of co-ordinating the use of some of the world’s busiest airspace.

Members of the RAF’s Aerospace Battle Management Team and the USMC Air Wing are colocated in a dusty, quiet and benign corner of sprawling Camp Leatherneck, a home from home for the US Marines serving in Helmand province. The detachment is parented by the RAF’s 903 Expeditionary Air Wing, only a short drive into adjoining Camp Bastion; however, all of the UK’s Air Surveillance and Control System (ASACS) personnel live, work and socialise with their US Marine colleagues at Leatherneck, further enhancing their operational experience. 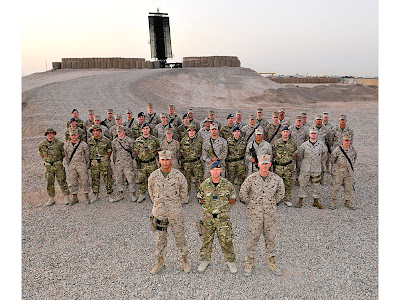