Some Gave All: Guardsman Michael Roland

It is with sadness that the Ministry of Defence must confirm the death of Guardsman Michael Roland, 1st Battalion Grenadier Guards. He died on Friday 27th April 2012 as a result of a gunshot wound sustained in Afghanistan. 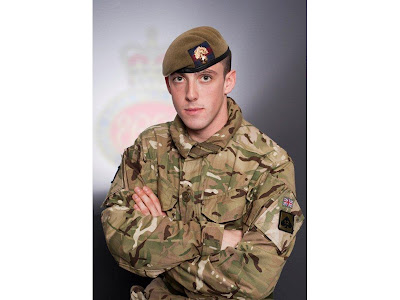 Guardsman Michael Roland deployed to Afghanistan on 3rd April 2012 as a Rifleman in Number Three Platoon, part of The Queen’s Company Grenadier Guards. He was based in Main Operating Base Price near Gereshk in the Nahr-e-Saraj North District of Helmand Province, Afghanistan.

On 26 April 2012 Guardsman Roland deployed with his Company on a three day operation to disrupt insurgent activity in a contested area in the north of Nahr-e-Saraj District. On the morning of 27th April 2012 he was fatally wounded during an exchange of small arms fire. He was extracted back to the hospital in Camp Bastion but sadly he died of his injuries.

Guardsman Roland was born on 5th August 1989 in Worthing, Sussex. After joining the Army, Guardsman Roland attended the Combat Infantryman’s Course at the Infantry Training Centre, Catterick. Upon completion of his training in November 2009 he moved to Nijmegen Company, Grenadier Guards in London. He spent a year conducting public duties at the Royal Palaces and participating in state ceremonial tasks. Guardsman Roland joined 1st Battalion Grenadier Guards in November 2010 and was placed in The Queen’s Company. His first year in the Battalion included field training in the UK and an exercise in Canada. From September 2011 he undertook six months of preparatory training for his first tour of Afghanistan, before deploying in early April 2012.

“Michael was a loving and caring son loved by his huge extended family and friends who are devastated by their loss. We are still coming to terms with losing him. Michael always wanted to join the Army and was so proud to be part of Queen’s Company Grenadier Guards. Michael loved us all so much; with us he was not big and tough just gentle. We will miss him so much.”...

For much more on how this Fallen Hero lived and loved, go here.