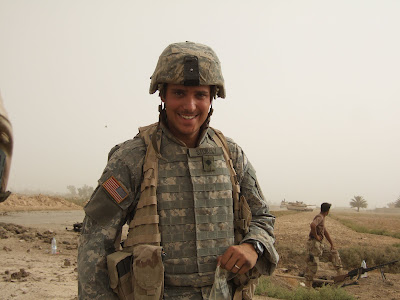 What were you doing 30 years ago?

What were you doing thirty years ago today? Some were watching news reports about USSR Salyut 7 space station going into orbit. Others were waiting to hear who won the Boston Marathon (Alberto Salazar). Two people were proudly being first in another way - Guinon Bluford announced as 1st black astronaut and Sally Ride as the first woman astronaut. In Buenos Aires the U.S. Secretary of State, Alexander Haig, reaffirmed America's commitment to Britain two weeks after Argentina landed troops in the Falklands and took over the islands. Time Magazine, VOL 119 No. 16 ran a number of stories, including one about OPEC going from being a huge depositor of petrodollars in many banks around the world to a borrower in the wake of bad loan decisions by those banks that left OPEC short of cash.... By the way, gasoline prices on April 19, 1982 averaged $1.30 a gallon. Ouch, to say the least.

Well, April 19, 1982, in the early morning hours, like early thirty it is too soon after midnight on a Monday to be awake, I was awakened by the groans of my then wife who needed to be rushed to the local hospital. She was bleeding and in great pain. They admitted her and placed her in a room and called her doctor. Then we waited.... Once there the doctor did ultra sound (really archaic ultra sound compared to what we have today). He rushed her into the operating room, telling me he had but thirty minutes or less to save her life.....

I waited what seemed like forever, but it was not really that long looking back. Crash. Doors open and a couple nurses with very worried looks on their faces were pushing a medically distressed frail premature baby came out the into the small area where I was standing. At 10:32 this baby had been born, no name yet because his mother and I had just gotten back together having been separated since weeks after she found out she was pregnant. She had just called me 48 hours before and asked me to come get her and bring her back home. She was but seven months pregnant and in our few hours back together we had not talked about names. She lay in the operating room, her life at risk as they continued to work to stop the bleeding from a separated placenta which explained the severe pain and bleeding that had been going on for several hours.

As the nurses paused they let me touch him. His hand was so small my index finger could not even fit and he looked like a baby that was dying and not going to make it. I asked for some assurance "Will he be o.k.?" Their faces spoke an honesty I was not prepared to handle as they said "We don't know, but we have to get him to Intensive Care." Crash, through another set of doors and they were gone - he was gone. As the doors swung wildly back and forth, I stood there alone and afraid, bowing my head and quietly praying "God please don't let my baby die, please let me have my boy even if only for a little while."

It would be a full day later before his mother was conscious enough and able to even talk about what we would name him. I had visited him often in Neo-Natal Intensive Care - NICU (Nick U) - as they call it in hospital jargon. He was small, frail and clinging to life. He had a lung collapse and in distress, chest tube through his left rib cage to keep it inflated, which would leave a nice scar for life. But he was holding on. He was not giving in and proving in the very first hours and days he could endure stress and hardship and would fight for life. It was two days after he was born that he was named. Michael James Stokely, born April 19, 1982 at 1032 hours. 4 lbs. 2 oz., a high risk premie in 1982. And despite his critical condition, he progressed and we got him out of the hospital three weeks later and home still in 4.5 lb. range, but now gaining weight measured in grams rather than ounces.

And that circular scar? Well, it was remarkable enough that on August 22, 2005, at Dover Deleware Mortuary the medical staff doing an autopsy on Mike listed it as an identifying mark. Many had asked me if I had to "identify" Mike when he came home. No, that was not the case. He was, in the version used by the military "a non-viewable body". And I understand the nature of wondering if that is really your son in that closed casket. But the scar along with other things confirmed to me it was him. Even so, you sometimes, even now, hope it can't be true. I still look at times with longing down a long driveway hoping to see him come home. I don't want to ever move from where we live because how would he find us if it was a mistake and he came home? I envision it was a ruse to cover for him doing some secret mission and he will yet come home. But each time, I know that is wishful thinking. Mike Stokely was Killed in Action by a powerful IED on August 16, 2005 near his FOB at Yusufiyah Iraq.

Tomorrow, on April 20, I will travel to Lenoir NC to bury Dad O, a man who was like a father to me as his wife, Chris Overton another mom. James Elden Overton was born April 28, 1922 and died peacefully in his sleep on April 16, 2012. He lived a long and fruitful life. He and his wife blessed all they came into contact with. If you wanted to see what a real Christian looked and acted like, James (Dad as I called him) and Chris (Mom as I called her) were what you would want to show the world. She died six years ago. They knew tragedy of losing a son, Brian killed in a collision with a train February 12, 1985. I learned so much from Mom and Dad. They were role models to say the least. In their grief, they endured with dignity and grace, never losing faith in God, trusting in a future in Heaven, and continuing to reach out to all around them, sharing all that they had and bearing the troubles of others in need. They loved Mike as dearly as they loved their own grandchildren. They loved me as a son. But our shared Christian faith tells me they are now reunited with Mike.

We shared many great times together, and yes, in our loss of sons, we shared much grief. One of my favorite photos of Mike is as a young child sitting all big and proud in Mom's big rocker, as I knelt beside him, as we grinned at each other. We spent many days and nights visiting with Dad and Mom "O" as we sometimes called them to distinguish between my beloved real mom and dad. Mike called them Daddy Jim and Momma Chris. And there are many favorite stories to tell from their home. But I would say my fondest was when Mike was just three or so and we had spent Friday night with Mom and Dad "O". Dad got up early as usual and fixed breakfast for Mike and I. He could cook really good waffles. He was in to healthy eating using fresh ground whole wheat products. He also put walnuts in his waffles for the health qualities they have. Mike sat at a little table in the kitchen eating the first waffle. As Dad and I talked, we heard Mike spit really loudly "phoooooey" and then exclaim loudly "These things got rocks in them..." Guess Mike wasn't in to healthy eating back then. Dad and I laughed. Mom was just walking into the kitchen and heard the commotion and laughter and rolled with laughter herself when we told her the story.

I close for now as it is time for me to drive the seventy miles to Mike's grave. I want to be there when 1032 hours comes. I know he is not really there. Mike is in heaven. But I still want to be there at the grave and just visit as best I can and share that moment one more time. A moment when he was born. I am so blessed to have had the privilege of being his dad and able to call him son. I thank God for honoring my prayer 30 years ago and not letting my baby die, and letting me have him, if only for a little while. 23 years, three months and 28 days was a lot longer time with him than what it looked like this morning, 30 years ago. A treasure trove of memories to go along with that time.

Let it not be lost on you that Memories matter. They sustain you when the person you love is not around, or is gone forever. For those of you with children, make many. They are more important than money, career, or things, which can be taken from you. Memories can't.

For much more about Mike, go to They Have Names.


Always remembered. Always honoured...
Posted by The Brat at 5:29 AM