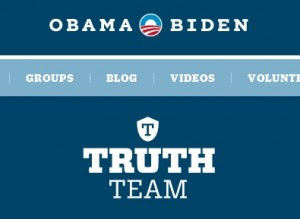 Somebody needs to give the US President a world atlas, AND a history book.

The island chain 300 miles off the coast of Argentina has two names. The United Kingdom, which controls them as a protectorate, and the rest of the world call those islands the Falklands. Argentina calls them the Malvinas. Argentina has never owned the islands. Islanders are 90% British, descendants of the original settlers, and support their relationship with the UK. The UK has controlled the Falklands since 1830, and fought a war over them against Argentina in 1982 to keep them.

But that didn’t stop President Barack Obama from attempting to use the Argentinian name for the islands. And he even got that badly wrong.

President Obama erred during a speech at the Summit of the Americas in Cartagena, Colombia, when attempting to call the disputed archipelago by its Spanish name.

Instead of saying Malvinas, however, Mr Obama referred to the islands as the Maldives, a group of 26 atolls off that lie off the South coast of India.

It takes someone with a very limited understanding of geography to confuse the Maldives, a sovereign country near India, with the Malvinas, a political name attached to islands that are actually called the Falklands. For starters, the two island chains are in different oceans, more than 8,000 miles apart. The Falklands are in the south Atlantic; Maldives are in the Indian Ocean.

Of more importance, though, is Obama’s decision to wade into a sensitive issue between two of our allies in this way. The Falklands war was 30 years ago this month....

You can read the rest of this here.

I don't know if this latest gaffe could actually start a war (not that BHO would call it a 'war' of course, but still) but really, Obama should try and avoid opening his mouth so often and proving how uneducated he actually is. Haaarvard education? Naaaaaah, I don't think so, and such 'limited understanding' (aka ignorance) is inexcusable.

I think its been established that Obama is just a politician. Anyone who voted for him on the promise of change was very much short changed.He is actually more of a politician then I have seen in a president since Nixon. He is media controlling,focuses only on certain positives and does not like being out of control. Hence is teleprompter speeches. The President has young and dumb Liberal addicts who are trying to turn the US into a Socialist State because they believe Government needs to serve the people completely on every aspect of their lives. More control addicts.
Do they know much about World politics or geographic history? Apparently not. That's what Hillary Clinton was supposed to do.