Some Gave All: PFC Jaysine Petree 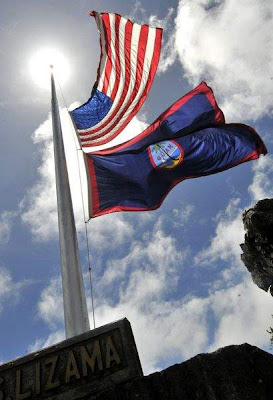 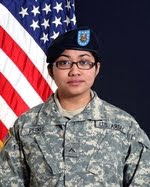 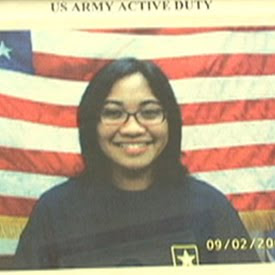 America lost another of her beloved children this past week. Pfc Jaysine Petree gave her life on September 24, serving America in a land far from her home in Guam.


In 2010, America has borne the loss of over 1,300 heroes and of those, 20 are from Guam. In September alone, America has seen the ultimate sacrifice given by 37 troops. Every single one of those losses represents a huge hole now left in grieving families, and communities, right across the land.

Pfc Petree had big plans. Only 19, she had her future all planned out:

"She wanted to go to college," said Susuico, [Capt. Ignas Susuico, the school Junior Reserve Officers' Training Corps program senior instructor] , explaining that Petree hoped the military could pay for her tuition. "She wanted to get into the delayed entry program, earn some military time, as well as get a bonus....[...]

"She's a very short, petite young lady, but she had a big heart and a very strong and driven desire to succeed,"...[...]

"Jaysine was a very outgoing and loving female," Cpt Susuico added. "She enjoyed her family and friends."

He added, "She was a very strong individual - she liked to be outdoors, she liked to take care of her family and friends and she enjoyed different kind of things, sports and stuff like that...."

Jaysine was not in the school's military programme, (JROTC) but signed up for the army a year before her high school graduation. Fiercely independent, she wanted to pay her own way in college.

Yesterday, Herbert Petree said his daughter joined the military to get funding for college. Her family could have paid that cost easily, but she was the kind of person who "liked to do things by herself."

"She was a giving person," Herbert Petree said. "She would give to everybody else before she'd take care of herself. I miss my baby."

If a blast hadn't killed the soldier Friday, she would have come home from her deployment in March, her father said....

Family was everything to Pfc Petree and she would call home every day when she could.

During the deployment, the solider used to call her family almost daily to talk about both big and small -- from dangerous missions to stomachaches, he said. Sucgang would often skip the call and ask her parents to wish her love on his behalf.

He should have been treasuring each moment while he could still hear her voice, he said yesterday, standing outside the Yigo mayor's office, where flags flew at half staff.

"Every time she called up, we also say, 'Oh, just tell her hi.' You know, we didn't really grab the phone and try to talk to her every time," Sucgang said. "Because we thought she was coming back. We don't think that this will happen to us."...

Jaysine's younger brother Jam tells of the plans that he and his precious sister made together:

She joined the U.S. Army straight out of high school last year because she wanted to bring her family to the U.S. mainland. “It was our goal together that we were going to have a big house on the mainland and bring our family there,” said Jam Petree, Jaysine’s younger brother.

After moving to Guam from the Philippines in 2002, Jam said he and his sister promised each other to work together to help their family. “We just wanted to be successful in life. That was our main goal together,” Jam explained....

[...] said he had encouraged his niece to go to college before she enlisted in the military, but she insisted on earning money for her tuition herself, through her service.

Sucgang said the family felt responsible for the soldier's schooling, but she was inspiringly -- and sometimes frustratingly -- independent.

"It was very noble," he said. "Everybody discouraged her to join. ... We wanted her to join after she got a bachelor's degree, but she was adamant."...

Today, all of Guam is in mourning, and Acting Gov. Mike Cruz declared a state of mourning, ordered flags to be flown at half staff, and asked Guam to pray for the Petree family."We will forever be grateful for the sacrifice she paid on behalf of our freedom and liberty. She will always be remembered and honored in our hearts," Cruz said in the statement.

"I miss my kid," Herbert Petree said yesterday morning. "We just want them to get her home, so we can do what's right for her."

Pfc Jaysine is America's daughter, she IS one of our own.

Rest in Peace, Pfc Petree. Your service and sacrifice will always be remembered and honoured.


[NB: All content found in the public domain and mostly Guampdm.com, where you can find much more]
Posted by The Brat at 4:50 AM

The Brooks Family in FL said...

God Bless PFC Petree, her family, and her friends. We will never forget and will forever be grateful for her ultimate sacrifice for our freedoms...

Mr and Mrs Petree I thank you for raising a special daughter.

PFC Petree will not be forgotten. She will live on as many read the words here honoring your daughter!

PFC Petree RIP may you RIP. Bless you all.

You do such a wonderful job of bringing these "news stories" down to the level they belong. Real people sacrificing their lives for the freedoms of our great nation. May the memory of this brave hero last forever!