A soldier credited with dealing with more improvised explosive devices than any other British operator in history has been awarded the George Medal for his bravery.

A soldier tentatively brushes away the dust from a suspect object beneath the surface of a road near Garmsir, Afghanistan (stock image)
[Picture: Petty Officer Airman (Photographer) Dave Husbands, Crown Copyright/MOD 2009]

Acting Warrant Officer Class 2 Karl Ley of the Royal Logistic Corps made safe and recovered 139 IEDs across Helmand province during his tour of duty from 5 September 2009 to 14 March 2010. During this period, A/WO2 Ley was a High Threat Improvised Explosive Device Disposal Operator who was called on to defuse improvised explosive devices throughout Helmand.

See Related News to read more about A/WO2 Ley and the experiences of the Counter-IED Task Force during Operation MOSHTARAK earlier this year.

The citation for the award states that in supporting the infantry's intensity of operations A/WO2 Ley willingly accepted an incredibly high level of personal risk, often having to deploy on foot with only what he could carry in his rucksack, and that, on a 72-hour operation in November 2009, A/WO2 Ley defused 28 victim-operated improvised explosive devices and tackled 14 bombs:

"This single day typifies the sheer determination, guile and awesome bravery of this man," the citation reads. 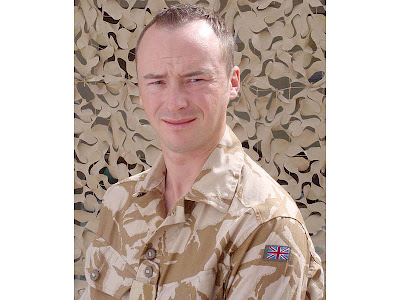 At times A/WO2 Ley had to clear bombs with insurgent mortars and gunshots landing as little as 100ft (30m) away from him. He said:

"If you are being shot at, you just get down on the deck, so you may as well get rid of the bomb while you are down there.

"I don't see it as particularly dangerous," he added. "I just see it as a job, something that needs to be done.

"Other soldiers think my job is dangerous while they would quite happily engage the enemy in a firefight. I really dislike it when people shoot at me."...

You know there is more, and you can find that here.