Does the 'JV team' have WMD? 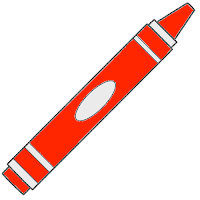 Remember when POTUS called ISIS a "JV team"?  No? Then remember just the last few days when POTUS said at the G7 'we don't yet have a complete strategy to fight' that same team in Iraq?

News reports are now suggesting that very same team may have the materiels needed to make WMD (Weapons of Mass Destruction).

From the Independent (UK):


The Isis militant group has seized enough radioactive material from government facilities to suggest it has the capacity to build a large and devastating “dirty” bomb, according to Australian intelligence reports.

Isis declared its ambition to develop weapons of mass destruction in the most recent edition of its propaganda magazine Dabiq, and Indian defence officials have previously warned of the possibility the militants could acquire a nuclear weapon from Pakistan.

According to the Australian foreign minister, Julie Bishop, Nato has expressed deep concerns about the materials seized by Isis from research centres and hospitals that would normally only be available to governments....

Maybe POTUS will wave his red crayon again and draw an imaginary line, just as he did in August 2012 with Syria?   Naaaah, never happen.  Nothing to see here.  Move along.

Email ThisBlogThis!Share to TwitterShare to FacebookShare to Pinterest
Labels: ISIS and WMD