Mr "no strategy against ISIS" Obama: Watch this video 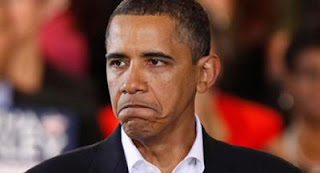 Earlier this month, POTUS again said - on the record and for the world to hear - that he still has 'no complete strategy to fight ISIS..'

Meanwhile, Kurdish women are stepping up, breaking traditional roles, and going to Military boot camp, so they can fight against ISIS on the frontlines. An incredible video on one such training camp should be required viewing for Mr Obama.

Her War: Women Vs. ISIS
15 June 2015
The town of Serekaniye in Syria is the last major town bordering the “Islamic State”. The mainly Kurdish local population is determined to fight the murderous ISIS and prevent them from entering their town. The Kurdish People’s Protection Units (YPG) were formed after the Syrian Army's attempts to combat the jihadist threat failed. Among its fighters are young women, who chose to defend themselves and their families from the belligerent invaders. RTD visits a YPJ female training camp to learn about these courageous young women and to see how they train to face the enemy.


Mr Obama needs to learn to 'fight like a girl' - a 16 year old Kurdish girl.


[Brat note:  if the video doesn't show full screen here, follow the link on the title, and GO watch]
Posted by The Brat at 2:14 AM