UK: Brum Cops knew about muslim rape gangs - did nothing

This is a story that has been known about by the authority for years. 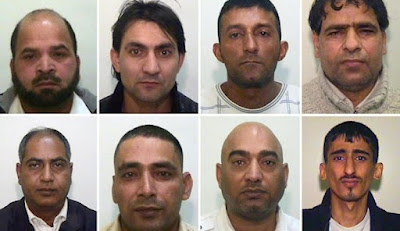 “The predominant offender profile of Pakistani Muslim males… combined with the predominant victim profile of white females has the potential to cause significant community tensions.” In other words, don’t say anything about this, because if you do, you’ll be charged with “racism.” The British authorities, all over the country, let the Muslim rape gangs — which were operating according to the Qur’an’s permission of men to take sex slaves (4:3, 4:24, 23:1-6, 33:50) — operate with impunity. Better societal death than charges of “Islamophobia.” Carve that on Britain’s tombstone.


West Midlands Police knew five years ago that Asian grooming gangs were targeting children outside schools across the city – but failed to make the threat public.


Documents obtained by the Birmingham Mail show the force were aware pupils were at risk of child sexual exploitation (CSE) back in 2010.

The confidential report, obtained under a Freedom of Information Act, also shows police were worried about community tensions if the abuse from predominantly Pakistani grooming gangs was made public....


Many more disturbing details here.
Posted by The Brat at 1:10 AM