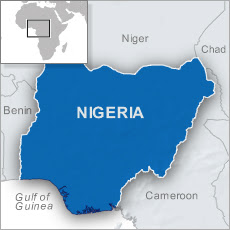 Nigeria has the highest number of cases of female genital mutilation in the world.


This last week, Nigeria made history.  The UK Guardian reports:


As the outgoing president, Goodluck Jonathan, bans FGM in one of his final acts, groups look to the last African nations who have not yet made it illegal 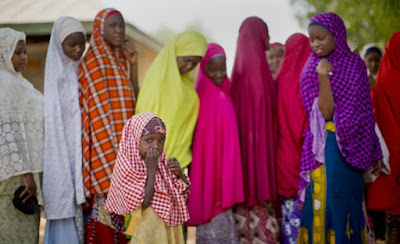 
The Nigerian government has taken the historic step of outlawing the practice of female genital mutilation (FGM), in a move campaigners describe as “hugely important”.


Nigeria – a cultural and political powerhouse in Africa – introduced a new federal law banning the practice, which involves removing part or all of a girl’s outer sexual organs.

The outgoing president, Goodluck Jonathan, signed the ban into law as one of his final acts as leader. He was beaten in Nigeria's presidential election in March by Muhammadu Buhari, who was sworn into office on Friday.

The law, which was passed by the Senate on 5 May, also prohibits men from abandoning their wives or children without economic support.

Around a quarter of Nigerian women have undergone FGM – which can cause infertility, maternal death, infections and the loss of sexual pleasure – according to 2014 UN data. The practice was already banned in some states, but now it will be outlawed throughout the country.


It is estimated that 125 million girls and women globally are living with the effects of FGM, which is most widespread in Africa and the Middle East....

Before we in the west get too smug and stick to the "what happens over there..." here is a reminder:


FGM is a Reality in the US.  The number of girls under 18 at risk for FGM in the US has quadrupled since 1997.  The Centers for Disease Control and Prevention estimates 513,000 women and girls are at risk of FGM in the US.


That from the AHA Foundation.

All well and good, of course, to pass laws.  Now, let's hope that those practitioners of that religion of pieces actually adhere to the legislation.
Posted by The Brat at 1:09 AM

Email ThisBlogThis!Share to TwitterShare to FacebookShare to Pinterest
Labels: FGM banned in Nigeria