Letters to the White House 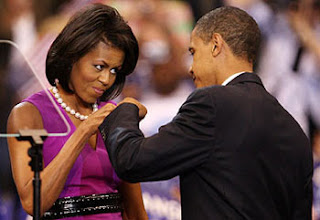 Not the usual sycophantic blatherings that the White House usually chooses to share!

First up from Charlie Daniels:

An Open Letter to President Obama

This letter is not written in a spirit of hate, disrespect, nor is it motivated in any way by racial bias and is written with respect due the office and the awesome tasks that have been laid on your shoulders.

I write this letter because I am a tax paying American citizen who has experienced the American Dream and wants his children and grandchildren to have the same advantages and opportunities that he has had.

And no, Mr. President, I was not born into a one-percenter family, I come from a blue collar background, never went to college, have made a living doing manual labor and went into my chosen profession at ground level, worked hard and sacrificed to achieve success.

On April 13, 1967 I arrived in Nashville, Tennessee with a wife, a two-year-old baby, a twenty-dollar bill and the clutch out of my car.

I won't go into the mountains and valleys that I've traveled since then except to say that I have been successful and somebody did help me build the business I own. Almighty God, not the government.

I employ thirty people, good citizens and family people, hard-working people, the kind of gun-clinging, God-fearing folks who make America the greatest nation the world has ever known.

Mr. President, it seems to me that you have little faith in American ingenuity, American capability, American exceptionalism and even American patriotism.

You seem to think that America needs a monolithic, big brother type government to oversee and regulate every aspect of American life, that citizens are not competent to control their own affairs and make their own decisions without some oppressive bureaucracy to call the shots.

Your petulance is unbecoming, Mr. President, and your criticism of anyone who disagrees with you is downright unmanly. You come off like a spoiled child who has been denied his way.

And while you blame your shortcomings on opposing political parties, you had both houses of Congress and the White House in the first two years of your term. Plus an electoral mandate to do just about anything you wanted to, so the least you can do is cowboy up and take the blame for the messes you've made.

Mr. President, the office you hold is not a place for the faint of heart and when you draw a red line you'd dang well better be willing to back it up, because when you don't every tyrant and despot in this world takes it for a sign of weakness and will take advantage, Putin and China being a prime example....


There is much more of Mr Daniels' plain talk here.  GO read.


Within the comments of that open letter to POTUS, a US Marine felt compelled to share HIS letter to FLOTUS.  Take a look:

Marines Letter To Michelle Obama… This Marine Tells Her Like It Is!
Mike Shepard 30/5/2015 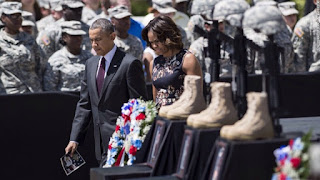 It sickens me that I have to take time to write you this letter. I am a Marine who doesn’t recognize color because every color has lived and died for you. You live in a free country to blame your life on the color of another man’s skin. All colors have given their lives for an educated woman to have the freedom to be so ignorant. I don’t blame black people for the ignorance that comes from your mouth. I love all colors because I love all that God creates. I don’t have to like you to love you because we can’t always like the ones we love. Just because I don’t like you today doesn’t mean I can’t like you tomorrow. I don’t like you or your husband today because of what you’re doing to this country. Isn’t it funny how the truth always reveals itself in time. You and your husband never showed this side of yourselves in 2008 before he was elected.


You both live better than 99% of the people in this world because of this country. You said that you are for the first time proud to be an American. Well, I will tell you that most of us are ashamed of you. You and your husband have become millionaires off the people of this country, but demonstrate very little appreciation for all that we give. White, black, brown or indifferent millions have fought and died for you to have the freedom to say the ignorant things you say. You are educated, but clearly have very little common sense. You blame past generations of Americans for the troubles of a few. Stop blaming white people for your misery and take a look at yourself in the mirror....


This country doesn’t owe you anymore than it owes me....

You know there is more from yet another articulate member of our Military.  GO read it here.

I would like to think that Obama and the Missus would read and learn from these letters.  Sadly, I know that won't happen.  One, because I am sure that the mail processes within the White House will ensure they never see them, and two, even if POTUS and FLOTUS did manage to see them, they could never concede that within these words are absolute truths.

Email ThisBlogThis!Share to TwitterShare to FacebookShare to Pinterest
Labels: Charlie Daniels, US Marine to FLOTUS