Despite the murderous attacks yesterday by the terrorist thugs of ISIS, this article shows just how stooopid they really are: 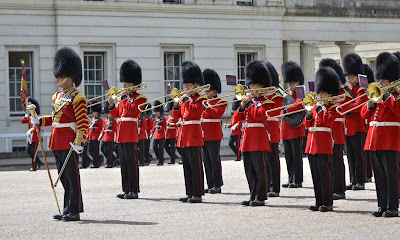 Police have encouraged the public to attend events as normal after it was reported that an Armed Forces Day parade had been targeted by Islamic State(Isis).

An intended suicide bombing of a parade in south London on Saturday would have targeted soldiers from the same unit as murdered soldier Lee Rigby, according to The Sun.

The plot to explode a pressure-cooker bomb – to kill soldiers and bystanders on the route – was revealed after one of its leaders in Syria unwittingly recruited an undercover investigator from the newspaper to carry it out, the report said.

It is alleged that a figure in Isis, whom it named as Junaid Hussain from Birmingham, told the investigator: “It will be big. We will hit the kuffar(unbelievers) hard InshAllah. Hit their soldiers in their own land. InshAllah. Soldiers that served in Iraq and Afganistan will be present. Jump in the crowd and detonate the bomb.

“They think they can kill Muslims in Iraq and Afghanistan then come back to the UK and be safe. We’ll hit them hard InshAllah.”...

Of course, morons like Anjem Choudary had to chime in on the numerous attacks yesterday - via twitter.


Whatever.  Go read the rest of the above article here.

To all our Military?  THANK YOU for your Service.