The Normandy landings were the beginning of Operation Overlord - or the invasion of German-occupied Europe.

Originally planned to take place on 1 May 1944, the operation was postponed a month to allow time to gather more troops and equipment. The timing was important to allow for the right weather, a full moon, and tidal conditions.

To keep the destination of the landings secret, a deception plan Operation Fortitude was mounted which led the Germans to believe the main target was the Pas de Calais, much farther east.

When the landings finally began there were only 14 of the 58 German divisions in France facing the Allies. While there was stiff resistance at other beaches, Omaha was the only one where the success of the Allied mission was in serious doubt.

The invasion of Normandy was the largest amphibious assault ever launched. It involved five army divisions in the initial assault and over 7,000 ships. In addition there were 11,000 aircraft.


[...]I have also to announce to the House that during the night and the early hours of this morning the first of the series of landings in force upon the European Continent has taken place. In this case the liberating assault fell upon the coast of France. An immense armada of upwards of 4,000 ships, together with several thousand smaller craft, crossed the Channel. Massed airborne landings have been successfully effected behind the enemy lines, and landings on the beaches are proceeding at various points at the present time. The fire of the shore batteries has been largely quelled. The obstacles that were constructed in the sea have not proved so difficult as was apprehended. The Anglo-American Allies are sustained by about 11,000 firstline aircraft, which can be drawn upon as may be needed for the purposes of the battle. I cannot, of course, commit myself to any particular details. Reports are coming in in rapid succession. So far the Commanders who are engaged report that everything is proceeding according to plan. And what a plan! This vast operation is undoubtedly the most complicated and difficult that has ever taken place. It involves tides, wind, waves, visibility, both from the air and the sea standpoint, and the combined employment of land, air and sea forces in the highest degree of intimacy and in contact with conditions which could not and cannot be fully foreseen.

There are already hopes that actual tactical surprise has been attained, and we hope to furnish the enemy with a succession of surprises during the course of the fighting. The battle that has now begun will grow constantly in scale and in intensity for many weeks to come, and I shall not attempt to speculate upon its course. This I may say, however. Complete unity prevails throughout the Allied Armies. There is a brotherhood in arms between us and our friends of the United States. There is complete confidence in the supreme commander, General Eisenhower, and his lieutenants, and also in the commander of the Expeditionary Force, General Montgomery. The ardour and spirit of the troops, as I saw myself, embarking in these last few days was splendid to witness. Nothing that equipment, science or forethought could do has been neglected, and the whole process of opening this great new front will be pursued with the utmost resolution both by the commanders and by the United States and British Governments whom they serve. I have been at the centres where the latest information is received, and I can state to the House that this operation is proceeding in a thoroughly satisfactory manner. Many dangers and difficulties which at this time last night appeared extremely formidable are behind us. The passage of the sea has been made with far less loss than we apprehended. The resistance of the batteries has been greatly weakened by the bombing of the Air Force, and the superior bombardment of our ships quickly reduced their fire to dimensions which did not affect the problem. The landings of the troops on a broad front, both British and American- -Allied troops, I will not give lists of all the different nationalities they represent-but the landings along the whole front have been effective, and our troops have penetrated, in some cases, several miles inland. Lodgments exist on a broad front.


The outstanding feature has been the landings of the airborne troops, which were on a scale far larger than anything that has been seen so far in the world. (For all of this, go here.)

You will bring about the destruction of the German war machine, the elimination of Nazi tyranny over the oppressed peoples of Europe, and security for ourselves in a free world.

Your task will not be an easy one. Your enemy is well trained, well equipped, and battle-hardened. He will fight savagely.

The United Nations have inflicted upon the Germans great defeat in open battle man to man. Our air offensive has seriously reduced their strength in the air and their capacity to wage war on the ground.

Our home fronts have given us an overwhelming superiority in weapons and munitions of war and placed at our disposal great reserves of trained fighting men.

The tide has turned.

The free men of the world are marching together to victory. I have full confidence in your courage, devotion to duty, and skill in battle.

We will accept nothing less than full victory.

Good luck, and let us all beseech the blessings of Almighty God upon this great and noble undertaking.
(here)


For a brief audio clip of BBC News announcing the beginning of D-Day, go here. For some months before D-Day, Ginge Thomas was employed as a shorthand writer to Lieutenant General Frederick Morgan, Chief of Staff to the Supreme Allied Commander (COSSAC), in London. After the war, she kept in touch with Morgan, who, in her view, should have been given much more credit as the main planner of the invasion.

Ginge Thomas had enrolled in the Women's Royal Naval Service - the Wrens - in March 1943, moving from Swansea to London. She worked with General Morgan at Norfolk House before moving with the planning staff to Southwick Park, in Hampshire, from where the invasion was to be organised.

There she witnessed the high level of expectation among those involved in the planning of an operation that would require the biggest invasion fleet ever seen. In September 1944, Ginge Thomas followed several of her comrade Wrens to France, and after that to Germany. She demobilised in August 1945. (Go here to listen to the audio. Then go here to listen to more of the voices of D-Day.)

For a mini movie of the build-up to D-Day, go to the BBC here.


D-Day: The Greatest Invasion – A People’s History by Dan van der Vat
Copyright 2003 A BLOOMSBURY / MADISON PRESS BOOK
Website designed and developed by PageWave Graphics Inc. The BBC has a great archive of the voices of D-Day. There are so many, that I cannot possibly choose just one or two to share, so go here and check out the memories of those who lived history. 'You remember for the rest of your life'

Sixty years after D-Day, On This Day journalist Christopher Sleight talk[ed] to his grandfather about his memories as one of the first soldiers to land on Sword Beach, Normandy.

My grandad, Fred Bromley, was not even 20 years old when he joined the 84th Chemical Weapons Company, Royal Engineers, in 1941.


His experiences in the Far East and Europe during World War II left him unwilling to talk about the war until just a few years ago.


On the morning of 6 June 1944 - D-Day - Corporal Bromley was the second man to drive down the ramp of his Landing Craft Tank (LCT) and onto Sword Beach - the eastern tip of the Allied invasion in Normandy.


The doors of Fred's LCT were opened before they reached the beach and he watched as the first vehicle drove down the ramp and disappeared completely under the water.


He knew that if the driver took his foot off the accelerator for a second, water would shoot up the exhaust and stall the engine.


"All of a sudden I saw this blue hat appear and they came out. They were still sat there. They disappeared under the sea and just came out further up. That's guts."


I try to imagine what it must have been like, poised at the top of that ramp in the early morning light with the full racket of war blazing away around me, wondering if I would even make it to the beach.


Would I have been able to do it? I don't know. My grandad didn't have a choice.


"You couldn't tell them you didn't want to go," he remarks, dryly.


So 23-year-old Corporal Bromley followed his orders and drove down the ramp. Cold water rushed into the cab and over his head....(More here)

Despite the sheer numbers of allies involved in D-Day, as always with history it is the personal stories which resonate down through the years.:


Milton Friend was shot down on D-Day and was in Yugoslavia for 66 days before being rescued. He was one of the "Forgotten 500," largest rescue of Americans behind enemy lines.

Sixty-six years ago today, Friend - then a 21-year-old 2nd lieutenant in the Army Air Corps - was part of a diversionary mission over Romania designed to draw German fighters away from northern France, where Allied troops stormed the Normandy beaches in the largest amphibious assault in history.

"It worked. They attacked us," says Friend, an 87-year-old native of Passaic, N.J., who now lives in Boynton Beach.

On the morning of June 6, 1944, Friend was navigating one of 800-plus B-24 Liberator Bombers on a raid of the heavily guarded Ploesti oil fields in Romania.

Moments after Friend's B-24 bombed a nearby city's railroad yards, a pair of German ME-109s came gunning for the Americans.

In a single pass, the notorious Nazi fighter planes hit the No. 4 engine of Friend's plane. The right wing caught fire - it was curling up, turning to ash 16,000 feet off the ground.
For the 10 men inside, it was as if a short fuse had been lit. Because the gas lines on a B-24 were located in the wings, the planes "had a reputation for blowing up," Friend says.

The pilot gave the order to bail out. Now 13,000 feet over Yugoslavia, they jumped.
Friend was in free fall for almost 2 miles above the Earth, waiting till he could clearly see treetops and roofs before he pulled his ripcord. When he did, the two ME-109s came back, buzzing him close enough that he saw one pilot's face.

They held their fire.


In the silence that followed, Friend says, "I looked up in the sky and said, 'Thanks, God.' " (More here) 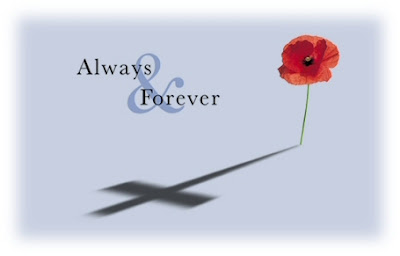 Email ThisBlogThis!Share to TwitterShare to FacebookShare to Pinterest
Labels: D-Day, Eyewitness to D-Day

Thank you for taking your time to put together such a wonderful post!

Brat---No wonder I love you. Incredible work as usual. I have a poem entitled "Operation Overlord" which will be included in my new book--being written now. I did not send it today because I thought I had last year when I wrote it and did not want to be repetitive. I am watching the History Channel right now about this very thing. Nobody can tell it like the people who were there. The very size of the undertaking was so massive that it should have failed, yet it turned the War. I wish our countries had the heart now to survive and the will to save themselves that those people did. The plan was so good that we used it again in Desert Storm. It succeeded again. I thank you for remembering and helping us remember. God Bless You. And God Save all of them who served us all in the horrendous and amazing battle.

I would like to thank you for the endeavors you have made in publishing this article.