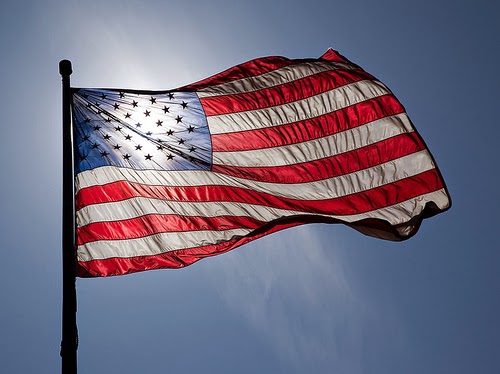 Here we go again - this time in Texas.  Yes, TEXAS!

My long-time readers know that over the years I have written about Americans who try to tell other Americans where, and where not, they are *allowed* to fly their American Flag.

Now, comes this, and Freedom Post has plenty to say:

Duy Tran, a citizen of Webster, TX was told to remove his American Flag from his apartment balcony.

He was told it was a “threat to the Muslim community.”

What difference does it make as to which community it could potentially offend?

This is still America. That is our country’s flag, and every American should be able to fly the flag any place they choose....


They have much more to say here.   They also have the link to the original story out of Texas.  Go read it..

Over the years, I have some doozy non-reasons spouted by tin-pot despots for denying Freedom to Americans, but this one tops my list.