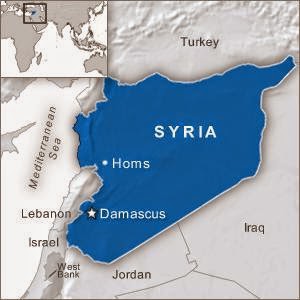 The Obama administration is planning to escalate U.S. involvement in the Syrian civil war, and has asked Congress for $500 million for the U.S. military to train and equip moderate Syrian rebels. The training program would be the most significant action yet by the United States in the conflict in Syria. Yesterday’s (Thursday) request to Congress comes as the administration is looking for effective alternatives to the jihadist ISIS which is now in control of large swaths of Syria and Iraq. The $500 million request is separate from the $5 billion Counterterrorism Partnerships Fund, of which some $1.5 billion would go toward counterterrorism efforts in countries around Syria — Jordan, Lebanon, Turkey, and Iraq.

The president also wants to set aside $500 million to “address unforeseen contingencies” in counterterrorism, which administration officials said was a reference to developments in Iraq.

Obama’s request comes as part of the military policy bill authorizing the Pentagon to “train and equip vetted elements of the Syrian armed opposition to help defend the Syrian people, stabilize areas under opposition control, facilitate the provision of essential services, counter terrorist threats and promote conditions for a negotiated settlement.”...

So much wrong with this.

Email ThisBlogThis!Share to TwitterShare to FacebookShare to Pinterest
Labels: Syrian moderate rebels to get US military help