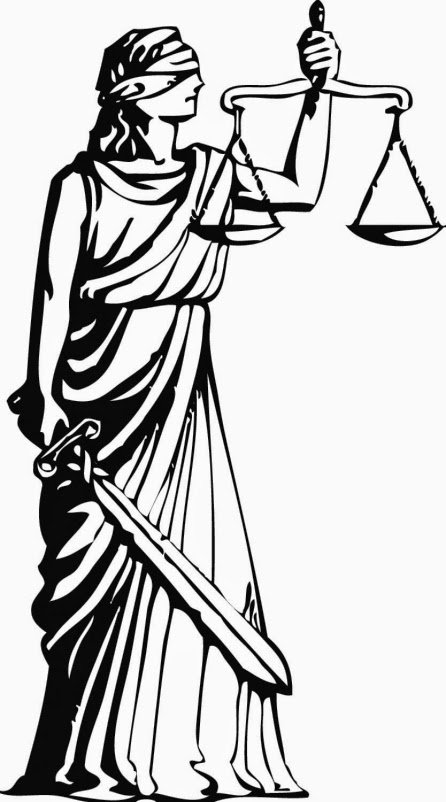 Much remains to be done. As we continue to move toward trial, the passage of time will not diminish our resolve. And these trials, equipped with strong procedural safeguards and court sessions that are as public and open as possible, will ensure that justice is done consistent with our values and in accordance with the rule of law.

Good evening and Happy Father’s Day. I refer to Father's Day with a heavy heart because I know it is a difficult reminder for the fathers who have lost children,and for the sons and daughters who have lost fathers.


As we pause to honor them, I reflect upon one father who lost three loved ones on September 11th when United Airlines Flight 175 struck the South Tower of the World Trade Center. Declining to dwell on their last moments or the futures that might have been, I recall instead the fullness of their lives that make him proud. His son: successful software salesman. His daughter-in-law: a scientist and doctoral candidate in micro-biology immunology. His granddaughter: a tender-hearted two-year-old girl remembered by her grandfather as “love personified.” Together, they were a close-knit family that enjoyed growing plants in their garden and visiting the park near their local library.

They, like so many of the September 11th fallen and their survivors, furnish us all a lasting and affirming legacy from which we can continue to draw strength as pre-trial sessions resume this week.

I emphasize that the charges against Khalid Shaikh Mohammad, Walid Muhammad Salih Mubarak Bin ‘Attash, Ramzi Binalshibh, Ali Abdul Aziz Ali, and Mustafa Ahmed Adam al Hawsawi are only allegations. The Accused are presumed innocent unless and until proven guilty beyond a reasonable doubt. Matters under consideration by a military commission in this or any other particular case are authoritatively dealt with by the presiding judge, and any comments below addressing systemic issues that are the subject of frequent questions by interested observers should always be understood to defer to specific judicial rulings, if applicable.

Second, I detailed five Special Trial Counsel to represent the United States with regard to the Appellate Exhibit 292 pleadings. (See Appellate Exhibits 3C and 3E.) As the Prosecution explained in April, I detailed these prosecutors to ensure that the Prosecution Team (including myself), which represents the United States on all other matters in this case, remains walled-off from learning about any privileged communications between defense counsel and the Accused that might arise during the Appellate Exhibit 292 litigation. Unofficial/Unauthenticated Transcript at 7811-7816. Such an approach of detailing separate counsel is common in situations such as this.

I will not comment on the specifics of these or any other pleadings pending before the Commission. But I will discuss two broader issues regarding military commissions that have been the subject of recent questions by interested observers. A Record of the Proceedings Reveals Substantial Progress Frustration with a shortened week of pre-trial sessions in this case is understandable. Although pre-trial proceedings are often technical and generally tend to capture the interest more of lawyers than of the public, they are nevertheless essential to the fair and sustainable administration of justice.


Through them, the parties may raise various legal challenges, each of which is resolved in an orderly and methodical way by the Judge, and interruptions and delays at trial are reduced. It is natural to focus on in-court proceedings, but it is also worth remembering the significant work the parties continue to accomplish between sessions. Here are just a few examples:


•
The government has provided over 293,000 pages of unclassified discovery to defense counsel for each Accused so the Accused may meaningfully confront the charges against them. This material includes information comprising the Prosecution’s case against the Accused, as well as information the Prosecution must disclose to the Defense under the government’s affirmative discovery obligations.
•
The parties have briefed in writing 154 substantive motions and have orally argued some 36 substantive motions in previous pre-trial sessions. • Of the 154 substantive motions briefed,8 have been mooted, dismissed, or withdrawn; 77 have been ruled on by the Judge; and an additional 30 have been submitted for and are pending decision.

• The Commission has now received testimony from 22 witnesses in more than 65 hours of testimony, with all witnesses subject to cross-examination, to assist it in deciding pre-trial motions.

The parties have filed 190 exhibits and 76 declarations alleging facts and providing references to inform the Commission’s consideration of the issues.These data reflect methodical and deliberate movement toward trial, however unsatisfying the pace may be to a range of observers. As for those who speculate that some portion of this work is unnecessary, you would do well to ask them which motion, which witness, which oral argument, and which transcript involves an issue that — once fairly raised — could be so easily sidestepped by an alternative hypothetical court of justice.

For the time span over which I have enjoyed direct observation of things — namely the two years and nine months of my tenure thus far as Chief Prosecutor —two  Accused have been convicted and six additional Accused have been arraigned under the Military Commissions Act of 2009
.
The six who are arraigned but not yet tried,  face capital charges. On June 18,2014, one more Accused, Abd al Hadi al Iraqi, will be arraigned on non-capital charges, including that, as a senior member of al Qaeda, he conspired with and led others in a series of deadly attacks and related offenses in Afghanistan, Pakistan, and elsewhere from 2001 to 2006. While facing trial he, like the others, will remain in lawful, humane, and secure detention at Guantanamo Bay.

Consider now the number of cases tried in federal civilian courts from September 11,2001 to June 6, 2012 that could also have been realistically and lawfully tried in military commissions. While federal civilian courts can and do successfully try all manner of crimes, including some international terrorism-related offenses, it is not commonly understood that only 13 cases tried in federal civilian courts during that time frame could have been tried under the Military Commissions Act’s stringent jurisdictional requirements and other applicable law. And when examining those 13 cases, one sees charges that are of a different order of magnitude and scope than the killing of 17 sailors on the United States warship USS Cole in Yemen; 2,976 persons on September 11th in New York, Pennsylvania, and Washington, D.C.; 11 persons in the August 2003 attack in Jakarta, Indonesia by Jemaah Islamiya, al Qaeda’s southeast Asia-based affiliate; and other recent military commission charges—all of which are required to have occurred “in the context of and associated with hostilities.” 10 U.S.C. § 950p(c).

The large amount of work done in these nine hugely important military commission prosecutions complements the indispensable and massive domestic law enforcement efforts that are taking place every day in our capable and revered federal civilian judicial system, which, it should be noted, also hears military commission cases that come to it on appeal.

Much remains to be done. As we continue to move toward trial,the passage of time will >not diminish our resolve. And these trials, equipped with strong procedural safeguards and court sessions that are as public and open as possible, will ensure that justice is done consistent with our values and in accordance with the rule of law....