From the Royal Navy: 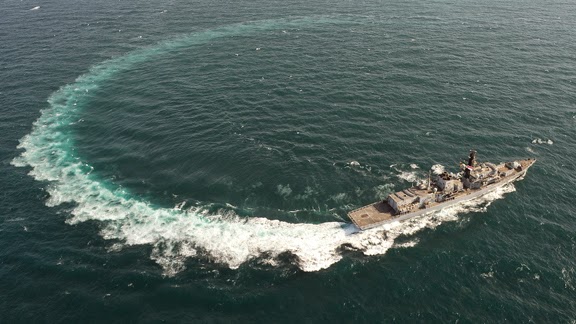 
HMS Montrose demonstrated NATO Allies’ resolve in the Baltic Sea last week as it tracked a Russian warship off the Danish coast.

Montrose, deployed on the multinational Baltops exercise, was dispatched to investigate after picking up the radar signature of an unidentified surface ship.

Despite high seas and 30 knot winds, the crew of Monstrose identified the unknown ship as the 104m-long Steregushchiy-class corvette RFS Soobrazitelny, making her way west at slow-speed.

As Montrose closed with the Russian vessel a Russian Ilyushin IL-20 “Coot” maritime patrol aircraft was detected over 40 miles away, and soon appeared overhead, circling the two vessels....


Much more on the Montrose here.