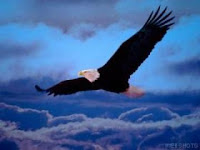 Some of you may remember the story a while back of the guy who wrote his local newspaper complaining about the planes that flew over his house too early in the morning. Turned out of course that the planes were military, on a very important mission. I wrote about that on Tanker Bros at the time, disclosing that the complainer was in fact a military man himself, who felt really chagrined upon learning the facts. Ooops!

Today I have another gem to file under 'Never "ass"ume', sent to me by a long time reader and friend. Read on:

Tsk! Tsk! It seems this guy is quite a well-known radio commentator, and regular op/ed writer. No I had never heard of him, but if you go here, you can find a lot more op/eds written by him. Be sure to read some of the "Letters to the Editor" responses on this piece.;) Hmmmmmm..Maybe the bigger the "ass"umptions, the bigger the .......oh never mind! You all KNOW I would have a few (or more...lol) words in response to this one, BUT I don't need to. A veteran replies to this far more eloquently than I EVER could. Quite apart from all the other vets who have stood up in response to this ill-informed op/ed, this was within the same email to me as Keillor's piece. No, no name was attached to this reply, but the sentiments are shared by many, and eloquent. Read on:

I think that says it all, don't you?

Brat! Link me! I've got you in my Excellent Reads roll...lol.

Amen to our soldiers and to this one in particular. Garrison Keillor, GET A CLUE!

Here is a great response to Mr. Keillor ....

And thank YOU, POW Warrior. Loved your response to this **** (fill in your own adjective...)