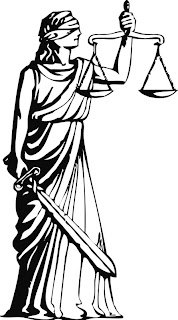 The circus at GITMO continues..  From msn:

Lawyers for the accused 9/11 plotters say computer issues are hindering their ability to work.

GUANTANAMO BAY U.S. NAVAL BASE, Cuba — An accused Sept. 11 conspirator was hustled out of the Guantanamo war crimes courtroom on Monday when he refused to stop shouting during a chaotic hearing that was cut short because one of the lawyers was ill.


"I have the right to talk!" Yemeni defendant Ramzi Binalshibh yelled in English.


After he ignored repeated warnings to be quiet, the judge ejected Binalshibh for disruptive conduct and guards in camouflage uniforms escorted him out of the courtroom at the Guantanamo Bay U.S. Naval Base in Cuba.


The judge, Army Colonel James Pohl, was questioning the five defendants about whether they understood their right to be present in court in order to assist in their defense.


Binalshibh and the alleged mastermind of the hijacked planes plot, Khalid Sheikh Mohammed, responded with complaints about restrictions imposed during their meetings with lawyers.


The judge said he would deal with that issue later. Mohammed eventually relented but Binalshibh persisted, complaining loudly of sleep deprivation, among other things.


"You cannot make me stop talking," he yelled at the judge...


the chief prosecutor, Army Brigadier General Mark Martins, said he sympathized with those who have grown frustrated that the trial still had not started.


He said the case was complex and the court was methodically working its way through the litigation.


"I want this thing to move. Justice delayed at some point really is justice denied," Martins told journalists at the Guantanamo base on Sunday...


Go read more on the ongoing circus here.
Posted by The Brat at 6:18 AM