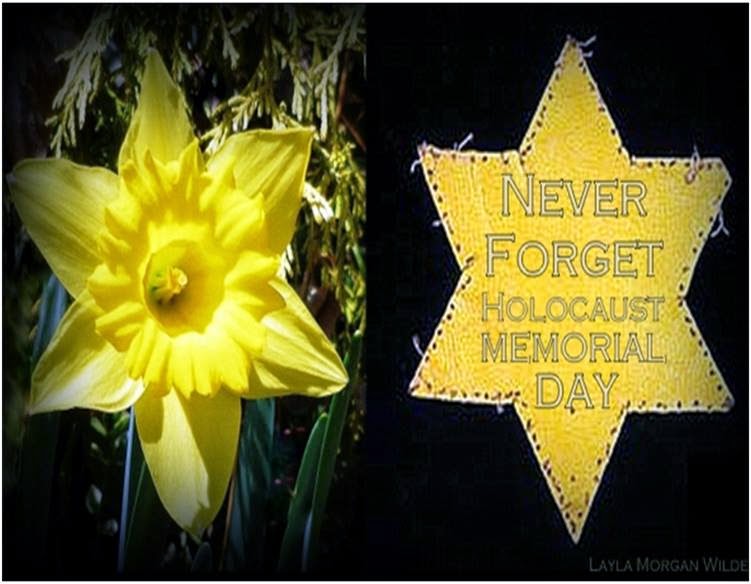 The theme of this year's opening ceremony at Yad Vashem is “Jews On the Edge 1944: Between Annihilation and Liberation,” where 6 survivors will light torches. 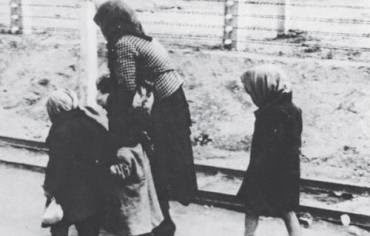 CHILDREN AND an old woman on the way to the death barracks of Auschwitz-Birkenau in Poland. Photo: GERMAN FEDERAL ARCHIVES
On Sunday evening and Monday Israelis will mark Yom HaShoah, Holocaust Martyrs’ and Heroes’ Remembrance Day with memorials across the country. The commemoration of the six million European Jews murdered by the Germans will commence with torch lighting ceremony attended by Prime Minister Binyamin Netanyahu, President Shimon Peres and other senior officials at the Yad Vashem Holocaust museum in Jerusalem....

Via AP, comes a report of Israeli Prime Minister Benjamin Netanyahu warning the world.  He says, in part:

"In this place I have said many times that we must identify an existential threat in time and act against it in time and tonight I ask 'why in the years before the Holocaust did most of the world's leaders not see the danger ahead of time?' In hindsight, all the signs were there," he said.

"Has the world learned a lesson from the mistakes of the past? Today we are again faced with clear facts and before a real danger. Iran calls for our destruction, it develops nuclear weapons."

Go read the rest of the report here.

NEVER AGAIN???  Only we can decide if we really mean that, and what we are prepared to do to walk the walk of:  NEVER AGAIN..
Posted by The Brat at 7:45 AM