From This is Oxfordshire 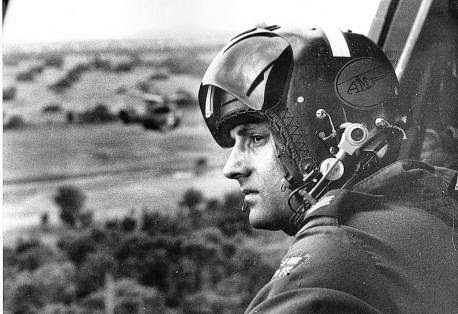 A ROYAL Air Force veteran honoured for his bravery in helping to save people from a stricken ship during the Falklands War has died aged 62.

Father-of-two Brian Jopling, from Carterton, spent 40 years in the RAF in a career that included service in the Falklands and Afghanistan and the first Gulf War.

Mr Jopling, who retired with the rank of Squadron Leader, was awarded the Queen’s Gallantry Medal, which recognises “exemplary bravery”, for his actions when Argentine planes attacked the container ship Atlantic Conveyor off the Falkland Islands on May 25, 1982.

The ship was carrying RAF helicopters and supplies for the British task force sent to recapture the islands after they were invaded by Argentina that April.

The then Flight Sergeant Jopling was part of a contingent from RAF Odiham travelling with their Boeing Chinook helicopters and was acting as an air-defence machine gunner on the ship’s bridge during the attack....

The world is poorer for the loss of this Hero.


Soar through the Heaven, Sir.
Posted by The Brat at 2:56 AM