It is with sadness that the Ministry of Defence must confirm that Lance Corporal James Ashworth from the 1st Battalion Grenadier Guards was killed in Afghanistan on Wednesday 13 June 2012. 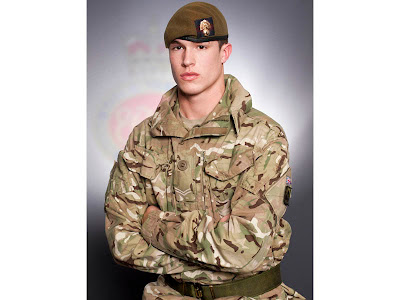 Lance Corporal Ashworth, aged 23, died as a result of enemy action while on patrol with the Reconnaissance Platoon of 1st Battalion Grenadier Guards, in the Nahr-e Saraj district of Helmand province, Afghanistan.

Lance Corporal James Ashworth joined the British Army in 2006 when he was 17 years old. Following his training at the Infantry Training Centre, Catterick, he joined Nijmegen Company Grenadier Guards and completed a stint of ceremonial duty in London.

On returning to the Grenadiers during the build up for Op HERRICK 16, Lance Corporal Ashworth deployed to Canada with The Queen's Company before moving across to the Reconnaissance Platoon for the remainder of Mission Specific Training for Op HERRICK 16.

A talented football player, he represented the Battalion, most notably during their successful recent French military tour.

Lance Corporal Ashworth came from a strong lineage of soldiering: his father was a Grenadier, and one of his brothers, Coran aged 21, is currently serving with the Army in Northern Ireland.

Brought up in Kettering, he continued to live there with his mother and girlfriend. When at home he played football for his local team and loved spending time with his girlfriend and friends.

Lance Corporal Ashworth was an excellent soldier with a bright future ahead of him. He was an exceptional individual with a great deal of proven combat experience. Although only recently promoted as a Non Commissioned Officer, he was already working hard to further progress his career by assuming greater responsibility.

He was a very fit, popular young man and will be remembered for his strength in the field and his sense of fun when back in barracks. Lance Corporal Ashworth was a typical Grenadier: fit, capable and a professional soldier to the core.

The gap left by his loss will be difficult to fill, and he will be sorely missed by all who served with him. The thoughts and prayers of the Regimental family are firmly with James' family during this difficult time.

"We are devastated by the loss of our son, brother, uncle and boyfriend. He meant the world to everyone and has left an irreplaceable hole in our hearts.

"We ask that we are given time to grieve and we sincerely thank everyone for their condolences."..


Go here and spend some time learning about LCpl Ashworth in the words of those who know and love him the most.