It is with sadness that the Ministry of Defence must confirm that Private Gregg Thomas Stone from the 3rd Battalion, The Yorkshire Regiment, was killed in Afghanistan on Sunday 3 June 2012. 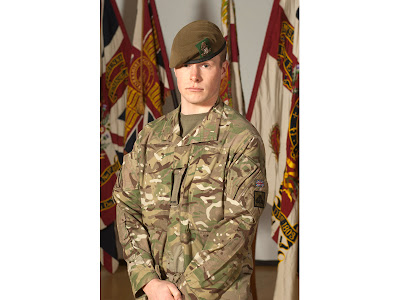 
Private Stone deployed to Nahr-e Saraj district in Helmand Province on the 13 May 2012 as part of 6 Platoon, Burma Company. In the early evening of 3 June 2012, he was part of an operation to apprehend a group of insurgents who had abducted a member of the Afghan police. It was during this operation that his unit came under fire and Private Stone was fatally wounded.

Private Stone was born on 9 October 1991 in Hull, Yorkshire, where he attended Hornsea Secondary School and joined the Army on the 31 October 2009. He joined the 3rd Battalion The Yorkshire Regiment in April 2010, after completing training at the Infantry Training Centre in Catterick.

After training as a Light Machine Gunner and Sharpshooter, he deployed with the Regiment to train in Canada before starting training for Op HERRICK. He was looking forward to attending the Junior Non-Commissioned Officers course upon return from Afghanistan, which he was sure to pass.

He leaves behind his wife, Samantha, mother Angela, father Robert, brothers Kallum, Jamie and Graeme, and sisters Rosie and Jennie.

"Gregg and I were childhood sweethearts and we met at school – he was my soul-mate. He was a brilliant husband and a family man who loved his family. He was always the one to want to make us laugh – he always cheered everyone up.

"He was proud to be a soldier and for what he had achieved in his work.

"He would also want me to mention his dog Benji who he loved to bits."

Paying tribute to their son and brother, Pte Stone's parents and siblings said:

"He will always be a true hero in all our hearts! Anyone who was blessed enough to have known him will know how much of a credit to his friends and family he was.

"Words cannot begin to describe this great loss, and we are exceptionally proud of Gregg for everything he was, has, and still is.

"Gregg was the kindest, funniest, friendliest, most popular lad that you could wish to meet. This is the saddest loss of our laughing boy."...

Much more here from those who know and love this Fallen Hero.