Run For the Fallen 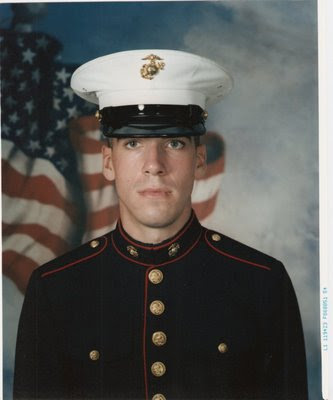 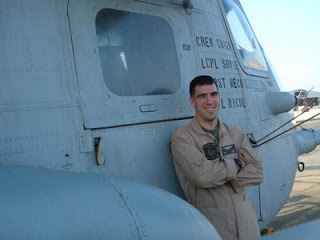 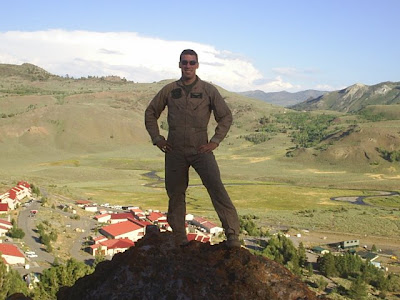 I cannot believe how hard this is to write about memories of Nic. This year, and this month especially is difficult as Nic's 5 year contract with the Marines ended on August 5, 2008. We will never know now if he would have reenlisted or come home as he planned and attended college. He had so many dreams and plans for his future. However, he loved his job as crew chief in the Marines and working with all of his fellow Marines.

As any parent who lost a child will tell you, everyday is Memorial Day. You would think it would be easy to share all of those memories......they play through our minds everyday. And sadly, it doesn't get easier as time goes on, we just learn to live with the pain. That is where our faith comes in. Nic had that faith too. He would tell me that he put his life in God's hands before every flight. He said that God is in control and whatever happens, he was OK with that. It was that same faith I had to stand on when those 2 Marines came to my door @ 10:30 PM on a cold winter night February 17, 2006. It is that same faith that sustains me today.

Nic was my middle son. He has a brother 4 years older and a brother 4 years younger. We were always a close knit family. Faith and Church has always been important to our family. Nic was an altar server for many years and was involved with the church youth group & plays. He even went to Taize & Paris in 2001 with the church youth group. He enjoyed hiking in the with his older brother and they had plans to climb all the peaks. Nic was always smiling and made friends easily. His friends often turned to Nic for advice because he really listened and cared....they knew that. He had a great sense of humor and was usually the life of the party. He was always optimistic and saw the glass as half full, not half empty. He could cheer anyone up. He was thoughtful & caring to everyone, but could be tough when he had too. He was a wonderful uncle to his nephew Andy. Andy was only 4 when Nic died, but he still talks about "Uncle Nic" all the time.

Nic was on honor student throughout school and could probably attend any college he wanted to go to. When September 11, 2001 happened, Nic was 16 and in 11th grade. He wanted to serve his country. A few days after is 17th birthday, just before starting his senior year, Nic talked to a Marine recruiter and signed up with the delayed entry program. He graduated high school with honors in June 2003 and left for bootcamp August 5, 2003. We proudly watched our son march across the fields October 31, 2003 as he was called a Marine for the first time. From there, Nic continued his training, went to SERE (Survival, Evasion, Resistance and Escape) training, earned his wings for flight school and became a crew chief on the CH 53 Helicopter. He excelled in his job as crew chief. His best friend in the Marines, Sam Large was also a crew chief. They bot h died along with 6 other Marines and 2 Air Force personnel when 2 helicopters collided. Somehow, in our pain, both Sam's family and ours were comforted by the fact that if they had to die, they died together. Sam's wife and many of his Marine buddies were here for the burial. Nic is buried in our parish cemetery, Notre Dame in . He had 2 CH 53 helicopters fly over for his burial.

There is a song called "The Dash" sung by Eric Dodge. He is a new & upcoming Country Music singer from . Every time we listen to that song, tears fill up our eyes as we think of Nic. It says:

"Someday they're gonna carve two dates beneath my name in stone. One for when I first arrived, one for when I say good-bye. I can't change when I got here, or when I'm going home...but there is still a little time in the middle that's mine ..all mine. The dash between the dates, the gift we've all been given. That little line that takes us from the cradle up to heaven. You're born and then you die....Life goes by so fast and itâ€™s all riding on the dash." The song ends with.."When I'm gone I hope my friends all gather for a toast to laugh and cry and say at least I tried to make the most of the dash between the dates........"

Nic lived his "dash" to the fullest. He filled all our lives with joy & love and wonderful memories. He touched so many hearts and changed so many lives for the better. His smile lightened and brightened everyone's day. His sense of humor made us all laugh. His stories kept us on the edge of our seats. His wise words, his encouragement and his ability to always look at the glass as half full and seeing the positive aspect of every obstacle or problem that came before him or his friends, made life not only easier for those around him, but a whole bunch more fun! His faith kept you grounded and he never wavered. We thank God for that and for him each and everyday. Honor, courage and commitment-----he was every bit of the Marine motto. We will never let him be forgotten....he is a part of our day, everyday! We know there will always be heartache & tears, but also the precious memories that we created through the years.

I will always remember what he told me the first Christmas when he couldn't be home, "Don't be sad that I am not there. The Spirit of St. Nicholas is always with you and so am I." We hold his words close to our hearts. We will never let his sacrifice for all of us be forgotten. 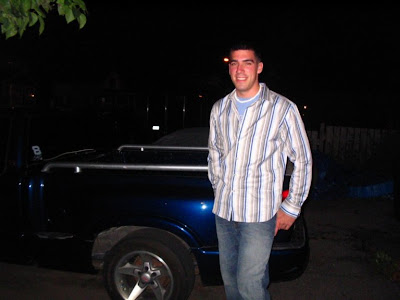 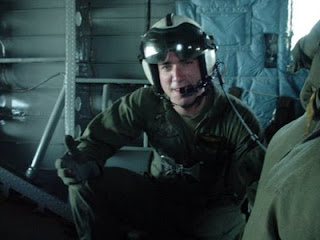 Email ThisBlogThis!Share to TwitterShare to FacebookShare to Pinterest
Labels: Run for the Fallen Lcpl Nic Sovie

Your son will live on in our hearts. I remember the day that the helicopters crashed. Our friends nephew, also was lost to them in that crash.

My son is with the HMH-362 and hopes to be a crew chief with his unit, next deployment.

As parents of Marines, we see these young men and women as part of our own families. This family will never forget. Your son, and your family, will be in our hearts and minds, always.

I too will always remember those who have given their all...

I thank God every day that He made men such as Nicholas. May He bless and keep Nic's family in His loving embrace.

My prayers are with them...

I cannot even imagine the pain that you must be feeling after the tragic loss of such a fine young man. You and your son will always be in my heart and in my prayers.

I think you are an amazing person, to be able to share with us that which made Nic such a special guy.

Thank you for raising such a fine young man, who knew he might be called upon to sacrifice it all when he chose to become a Marine.

As a parent, I can't begin to imagine your grief at losing a child. Nic's commitment to his country will not be forgotten, nor will Nic. May he rest in peace.

I hold those that have given all in my heart. They have sacrificed their lives for my family and for our country there is no greater gift than that and nothing that can be as treasured. God keeps those families close to him in all things and I add my prayers to Him to help ease the pain of loss.

He does live on in the lives of so many he touched.

There is an Eskimo saying:

Perhaps they are not stars in the sky, but rather openings where our
loved ones shine down to let us know they are happy.

I can not begin to understand the pain a mom feels when she suffers the loss of a child, but your words give my heart a clear message-- our children are the most precious things upon this earth, and heaven is a better place when God calls them home to dwell there.

Your son made an impact in the lives of others long before he dedicated himself to the service of being a Marine.

Once he became a Marine, the impact was Nationwide--and we were all blessed by his dedication of selflessness.

His life and the beautiful person you raised lives forever in your words, heart, and now in ours because it's been shared. Thank you for letting me know about a hero--for whom I can never repay for his countless blessings he has given me.