Lt. Col Chessani: A 'win' for him, a loss for America 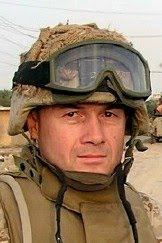 The latest on this fine example of our US Marines from Thomas More Law Center:

Board of Inquiry Rules LtCol Chessani Not Guilty of Misconduct

ANN ARBOR, MI – Late last Friday afternoon (Eastern Standard Time), after three hours of deliberation, the military Board of Inquiry ruled LtCol Chessani was not guilty of misconduct and should not be demoted.

Nevertheless, the Board’s ruling produced a mixed result. It ruled Chessani must now retire because he displayed “substandard performance” by failing to conduct a more detailed investigation of the civilians killed as a result of the house clearing actions of four Marines after they were ambushed in Haditha, Iraq on November 19, 2005.(more here)

I have written about Lt Col Chessani a few times. As the result of bogus charges laid against him and others stemming from an event in Haditha, this Marine has been dragged through hell. This leader, of whom it was said:

His superiors considered him a superb leader, who demonstrated moral courage, with unlimited potential and value to the Marine Corps. [a previous piece by me here]

Board of Inquiry Rules LtCol Chessani Not Guilty of Misconduct

You can read more on Lt Col Chessani's battles with domestic enemies here, here, and here.

This decorated Marine has been fighting to clear his name for four long years. 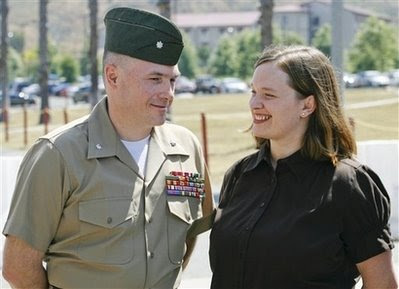 Like everyone else I have been so outraged at the cavalier treatment these brave Marines have all faced. Of the eight charged, seven have already had all charges dismissed. [more here]

You can find more that I have written on this by putting "Lt Col Chessani" in the search thing above.

Today may be a victory - of sorts - for this fine Marine, but it is an absolute loss for America and our military. It is also not a unique situation. As I write, there are more than a few soldiers who are facing trumped up, politically motivated, charges from their actions in war zones. The most recent headline grabbing charges are laid against navy SEALs who allegedly gave a high ranking terrorist a fat lip during his capture.

A fat lip? Since when does an alleged fat lip warrant our combat troops being charged? Since when do the actions of our military - serving our freedoms - mean a loss of freedom for our warriors? Never mind, those ARE rhetorical questions. We all know the answer: since the politicians decided to make up lies (yes, specifically thinking of John Murtha, EX-Marine here); since our politicians decided to take the word of self proclaimed enemies of America - you know, those who have read the memo that tells them to make up charges.

Lt Colonel Chessani has stood tall throughout this whole disgraceful affair, as do the other soldiers who are falsely charged with absurd allegations as they carry out their duties.

The politicians seem to have forgotten we are at WAR. It is beyond comprehension to this non-military writer that our heroes face life-threatening dangers on the battlefield, but also career-ending and treasonous dangers from American politicians.

It has been proven, at every step along the way, that Lt Col Chessani carried out his duties - kept his sworn oath - in his service to his country, in an exemplary manner. Too bad we can't say the same of Murtha and his political cronies.

As our SEALs battle domestic enemies on the charges of an alleged fat lip from a terrorist, and other soldiers are awaiting justice, today's results are more than a fat lip for America.

And the terrorists laugh at the aiding and abetting they get from treasonous American politicians. They don't have to win on the battlefield. They know they can scream "abuse", and our politicians rush to side with the bad guys. Maybe, as a friend of mine said, we should get back to the real war tactics of 'bag 'em, and tag 'em'. Dead men do not tell lies.

Today, America has a black eye.

Semper Fi, Lt. Col. Chessani. Thanks for your service from this grateful non-American.

Lt.Col. Chessani should have been found innocent with all charges and specifications dropped from his outstanding service record, and a letter of apology from his commanding officer.
"Not guilty" generally means not enough evidence to prove guilt.