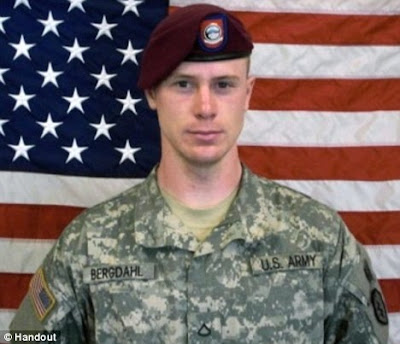 News out of London (England) today suggests that a new video has been released showing Bowe Bergdahl very much alive.

For those not paying attention, this US soldier went missing under mysterious circumstances in June 2009.

Bergdahl is assigned to the 1st Battalion, 501st Infantry Regiment, 4th Brigade Combat Team, 25th Infantry Division, based at Fort Richardson, Alaska. He went missing on June 30, 2009. Since then, the Taliban has released three videos showing him in captivity. The Taliban have demanded $1 million and the release of 21 Afghan prisoners and Aafia Siddiqui in exchange for Bergdahl's release. They have threatened to execute Bergdahl if Siddiqui is not released. Most of the Afghan prisoners are being held at Guantanamo Bay.

At the time of his capture, Bergdahl's rank was that of Private First Class (E-3). In June 2010, he was promoted to Specialist (E-4) during his absence. (This synopsis from Wiki)

I last wrote about Bowe in June 2010, which marked the one year benchmark of this American's disappearance.: 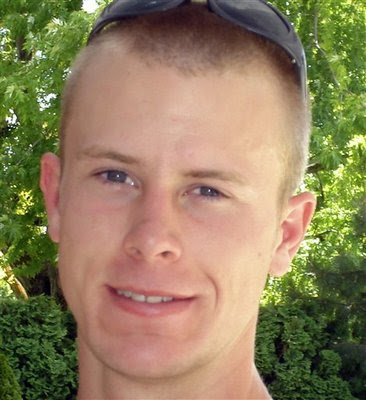 One year ago today, Bowe Bergdahl became a POW/MIA.

In that column I included a Taliban-released video which raised more questions than it gave answers. Read that here.

Today, it would appear that Bergdahl is still alive, although since the latest release is undated, we cannot know that for sure. From MailOnline (London) comes this:

Alive! Fresh video emerges of U.S. soldier held by the Taliban for 18 months (but has he been beaten?)

New pictures of a U.S. soldier who has been held in captivity in Afghanistan for 18 months have been released today.

Private Bowe Bergdahl, 24, has converted to Islam and adopted the Muslim name Abdullah, according to his captors.

But he appeared without a beard in the latest footage and is seen with a quite significant wound on his left cheek.

The serviceman is looking thin but otherwise healthy alongside Taliban commander Maulawi Sangin who has previously threatened to kill him.

It remains unclear how when the video was shot or where he is being held. 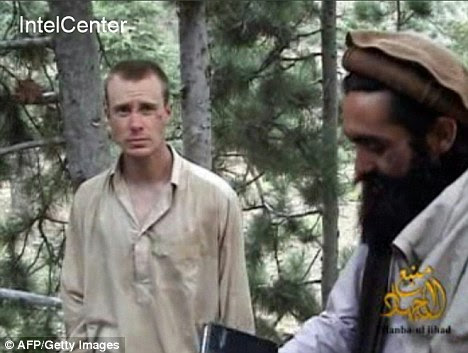 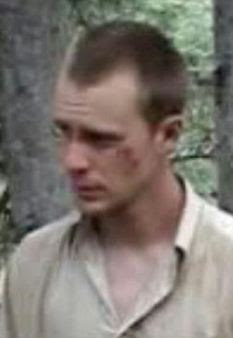 Injured: Bergdahl has a wound just below his left eye in this newly-released picture

Pte Bergdahl disappeared in June 2009 while on duty in the eastern part of the country when he was aged 23 and is thought to be the only U.S. soldier in captivity.

Spokesman Lieutenant Colonel Timothy Marsano confirmed the serviceman's family had seen the new video and said it was him.

The footage lasts for almost 45 minutes and Bergdahl can be seen wearing an open-necked tan shirt and has a significant wound just below his left eye.

But unlike in the three previous releases he is not the main subject of the video.

According to his captors the Private has reportedly given Taliban insurgents training in bomb-making and ambush skills.

Haji Nadeem, a Taliban deputy district commander in Paktika, claimed in August that Bergdahl is now a Muslim.

He said the soldier had shown him how to dismantle a mobile phone and turn it into a remote control for a roadside bomb - and had given him basic ambush training.

Nadeem said: 'Most of the skills he taught us we already knew.

'Some of my comrades think he's pretending to be a Muslim to save himself so they wouldn't behead him.'

Only Bowe Bergdahl knows the truth of what happened the day of his disappearance, and only he knows what his mental state is, as he strives to stay alive in such a harsh environment.

We DO know that he is the only American soldier to be Missing In Action in the current Global War on Terror, adding his name to the long list of Vietnam era soldiers still MIA. At the time of his disappearance much was made in the media of the military's efforts to find Bowe. Then - as seems to happen in the msm - Bergdahl disappeared from the front pages.

Despite media silence, there have not been many days when I have not thought of Bowe. I cannot imagine what his family is going through. From the beginning, the family, and Bowe's community, have kept a low profile, shunning the spotlight. Even so, many support groups have sprung up online, and many of us anxiously wait for news that this young American soldier has been found, and returned - alive - to his family.

I do not have inside sources within the US military, but I pray daily that the credo of "No Soldier left Behind" holds true in Bowe Bergdahl's case, and that the military continues the search for him, so that this soldier is not left behind.

My heart goes out to all who love this young man, amid hopes that he is ultimately returned home.
Posted by The Brat at 3:52 AM

Lord knows, I hope he's alive and these pics really are recent, but I have to point out, he still has a GI haircut in these pics...

I don't think al-Qaida is giving him hair care..

If you support Bowe, won't you please visit our site and post a photo and then spread the word? We want to let his family know that people around the world are supporting their son. Thanks.
bowsforbowe.wordpress.com