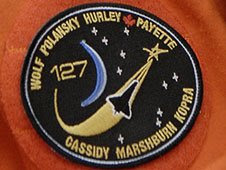 Space shuttle Endeavour landed at Florida's Kennedy Space Center today with a touchdown at 10:48 a.m. EDT. The shuttle began its descent from orbit with a deorbit engine firing at 9:41 a.m. (NASA here)

Congratulations on a great job, well done! Gooooo Canada! (I had to say that, since Canada DID make history on this flight. ..lol)
Posted by The Brat at 8:18 AM

Email ThisBlogThis!Share to TwitterShare to FacebookShare to Pinterest
Labels: Endeavour STS-127 is HOME