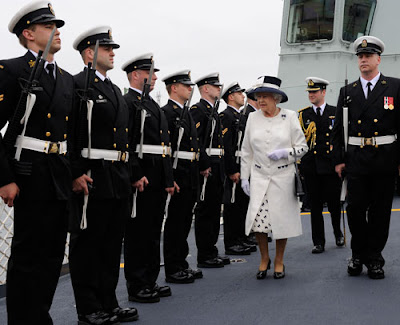 The IFR brings more than 17 foreign warships and 5,000 visiting sailors together with Canada’s Atlantic fleet in a major naval assembly doused in tradition. The last time Canada held International Fleet Reviews was in 1985, to highlight the 75th Anniversary of Canada’s naval service on the Atlantic and Pacific coasts.

The IFR is part of Canadian Naval Centennial Celebrations organized to mark this significant moment in Canada’s naval history within the context of the centennial theme of "Bring the Navy to Canadians". Events are aimed at honouring the past, showcasing the current navy and reinforcing the requirement for the future navy.