My regular readers know who Peanut is, because I have written about her many times. For those unfamiliar with Peanut, I have excerpted below previous columns following the progress of this precious child who I included in MY Heroes of the Year at the end of 2008 (here.) You can also put "Peanut" in the search bar above.

This week I got an update from my friend Don, and he has given me permission to share it with you all:

There is mostly good news to report......prayer is a wonderful thing. First off week before last Robert and Katrina were awarded full custody. They will return to court one more time in October to make Peanut's adoption final and there will no longer be any doubt about where Peanut will spend the rest of her life. She will be where she belongs.....finally and forever.

As for Peanut herself; she is making tremendous progress. Even though the prognosis that the doctors give is bleak, she defies the odds and just keeps being a small miracle. She is going to school three days a week, and loves every minute of it. She lights up when she sees another child so school is wonderful for her, plus she gets physical and occupational therapy while there. She even rides the bus there and back. She is extremely responsive to Robert and Katrina, and even smiles when she sees my mug. She verbalizes her feelings with grunts, squeals and giggles and gains control of her hands more all the time. She has learned to sit up in her crib and delights in rolling around on a blanket on the floor every evening. She's even trying to crawl. She is off many of the meds she needed when she first came home, and although she is still fed through a tube she is able to be fed on a regular schedule rather than constantly which makes things much much easier.

About the only bad thing that has happened is that Katrina lost her job because of a boss that is of the opinion that Peanut should have been allowed to die rather than being revived. Kat was fired for taking too much time off and was denied unemployment benefits, so they are, like so many others, hurting financially. Obviously more prayer is in order.... 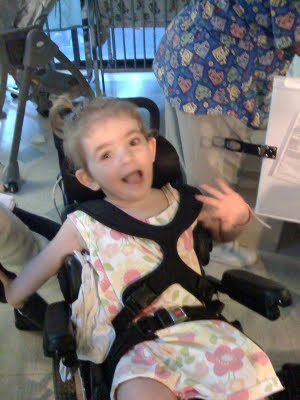 Robert wanted us to see her on her first night of "freedom". She was not at all apprehensive about leaving the familiar surroundings of the hospital. On the ride to Kat's mom's house she leaned back in her car seat and put her feet up on Kat's headrest and just looked around. 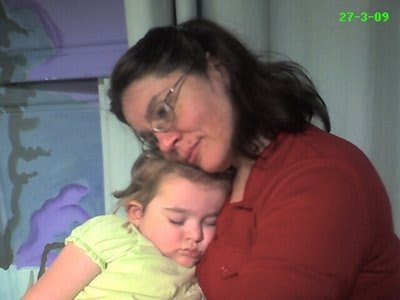 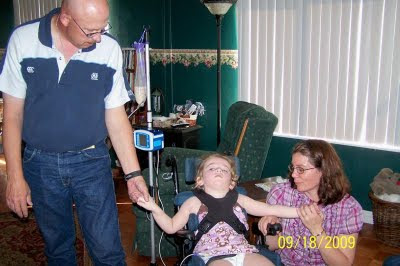 ...Peanut is home where she belongs......with Rob and Kat. She arrived last Friday afternoon and I was there to meet her as were Rob's parents.

She is doing quite well and seems to know that she is finally where she is loved. She is a big hit with the three dogs of the house, even Gus the Beagle who had not met her before. In fact he either sits or lies at her feet watching over her. Animals just seem to know don't they.

Rob and Kat are working out the kinks and getting her settled into her new home. She will be going to work with Rob until they get a home nurse in place. They came home from Sacramento with a truck full of equipment and medical and feeding supplies to tide her over......

Anyway a dream has been realized and prayers have been answered and our little girl is with the people that love her so very much....

As I concluded my Heroes of the Year column back in December 2008:

Peanut really IS determined to live, and I am convinced that she WILL live, and always surrounded by the love and nurturing that her Uncle Rob and Aunty Katrina have proved they know how to do! ...

Peanut [,] is also representative of the bravest of heroes that I will ever be priviledged to know. Her tenacity, coupled with the love and prayers, has me believing that Peanut's life is going to be long and full - blessed, - with only the most beautiful that life has to offer.... 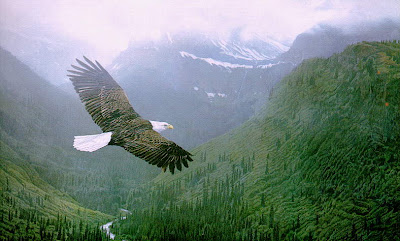