When Pastor Ed talks, I listen: 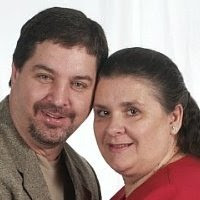 Last week on a broadcast of Do The Right Thing Radio, I announced that I was going to be calling for the resignation of Barack Hussein Obama. I have given this topic much thought and much prayer. My prayer was to say and do this in a way that is meaningful and not just partisan words.

I love my country, but I love my God even more. With the knowledge of how this country was founded upon Godly principles by Godly men, most of whom firmly believed in the authority of Jesus Christ, I am dismayed that this nation continues to move farther and farther away from the God of the Holy Bible. I believe that the current resident of 1600 Pennsylvania is currently leading the charge away from God.

The lack of respect and disregard of the U.S. Constitution can no longer be ignored.

With this in mind and with the following two articles probably saying it better than I can:

I, Pastor Ed Boston, am calling on Barack Hussein Obama to immediately resign the office of President of the United States of America!

As the petition at the bottom says, if no resignation is rendered, then I am calling on members of the House of Representatives to begin articles of impeachment.

May God continue to bless America!

You can find this petition, and the other columns on this topic, here.