Obama's Address to the Nation 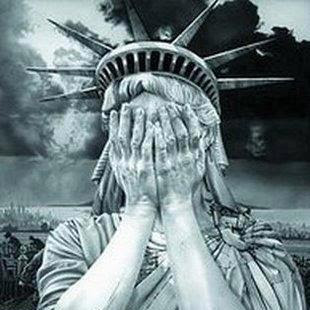 I must have missed the MIC's rush to the microphone to address the nation - and the world - in response to the murder of American diplomats in Libya and the attacks on US Embassies.

In his rush to a fundraising event at Vegas, it may have escaped MIC's attention that in these troubled times, he should at least pretend to be presidential, with the interests of America uppermost on his agenda.

Never mind. Mitt Romney did step up and respond, which I posted here. Rep. Louie Gohmert of Texas (yes, he is a Republican) took to the House floor and addressed the current state of terrorist attacks against American citizens.

From Wake Up America:

Representative Louie Gohmert gave an impassioned speech on the House floor which hammers Barack Obama and his administration's response to the U.S. Embassy attacks and the killing of Ambassador Chris Stevens and other Americans, after clips from a Mohammed movie "Innocence of Muslims" were played in the media.

Key Quotes from the video below of the speech: (H/T The Blaze)

"It’s OK to burn a Bible, that’s OK. OK to burn a flag, OK, that’s all right. But just, you know, for heaven‘s sake don’t say anything that might offend someone of the Islamic religion."

"I mean, it is an inconvenient thing to have to be president when you really are best at running for office"

(Note- Obama continues on his campaign schedule with fundraisers while U.S. Embassies are being attacked)


I suppose MIC is waiting for...something ...before he declares Ambassador Stevens and his colleagues' murders 'isolated incidences of workplace violence' or some such rot when, already, you don't need to be a mental giant to figure out al-Qaeda's prints all over this.

I find it disheartening, but not surprising, that the usually verbose, loose-lipped resident of 1600 Pennsylvania Avenue is only to be found on the campaign trail - in one case telling his volunteers that they remind him of our Ambassadors in service to America - or cosying up to moronic 'hosts' of late night television shows.

THIS is the man who is always so quick to refer to his predecessor presidents as he struggles to make positive comparisons of his own accomplishments with the likes of JFK, and others. (No, I won't get into how MIC has rewritten the bios of every past president, to include and reflect on his own awesomeness.)

Say what you will about JFK but he at least understood what it meant to BE presidential, to do the actual job.

These days really DO feel like Night Time In America to me. I would be the last to suggest that America should be the policeman of the world, but when terrorists around the world declare open season on Americans, I long for someone in the White House to unleash all the might of America to protect their own. From arming our Military, and giving them the freedom to vigorously protect our citizens, whilst waging war on those who would murder Americans; to freezing every last dime of aid given to ANY country who harbours, encourages terrorists' targeting Americans.

MIC needs to send out the message loud and clear that there is STILL "no greater friend, no worse enemy" than America.

BHO needs to prove to us and the rest of the world he is more than rhetoric. His actions/decisions must demonstrate that you do not EVER harm an American citizen, and not expect an immediate equivalent response.

For the remainder of his term, it is long overdue for Barack Obama to BE the President of the United States.