Some Gave All: Sergeant Lee Davidson 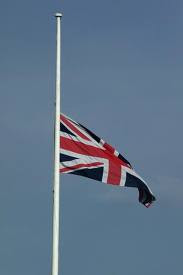 It is with great sadness that the Ministry of Defence must confirm that Sergeant Lee Paul Davidson of the Light Dragoons was killed in Afghanistan on Sunday 9 September 2012. 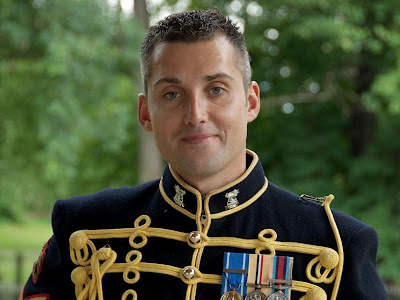 Sergeant Davidson deployed to Afghanistan on 16 April 2012 as the Troop Sergeant of Support Troop in A Squadron, The Light Dragoons. In June, his Troop was formed into a Police Advisory Team as part of the Police Mentoring and Advisory Group. He was based at Patrol Base Clifton in the north west of Nahr-e Saraj district, Helmand province.

On 9 September 2012, Sergeant Davidson's Police Advisory Team was on patrol with the Afghan Uniform Police in the Nahr-e Saraj district of Helmand province. Sergeant Davidson's Ridgback, the rear vehicle of the column, struck an improvised explosive device and, sadly, he was fatally wounded.

Born on 13 May 1980, Sergeant Davidson lived in Doncaster, South Yorkshire, and started his working life as a pavement resurfacer. He joined the Army in August 1998 and arrived at the Light Dragoons in January 1999. He deployed on operational tours to Bosnia, Iraq and Afghanistan with C Squadron, known as 'The Legion'.

He was subsequently posted to the Army Foundation College in Harrogate where he flourished as an instructor to Junior Soldiers. He demanded the highest professional standards but always led with the forgiving nature of a father.

He returned to the regiment in 2011, after marrying his wife Samantha, to become a Troop Sergeant in A Squadron. He was a devoted husband to Sam and a doting father to his two boys, Jayden and Jamie.

"My gorgeous husband Lee, we all can't believe you have gone. You are my best friend, lover and the best husband and father I could have ever wished for. You really are the total package - good looking, kind, loving, generous and the best dad I have ever known.

"Your memories we had together will be treasured in my mind and heart forever, your children will grow up knowing all this about you. You will never be forgotten. NEVER. All our love your Samantha, Jayden, Jamie and your little daughter whose on the way very soon. x"...