The Gurkhas are coming - again? 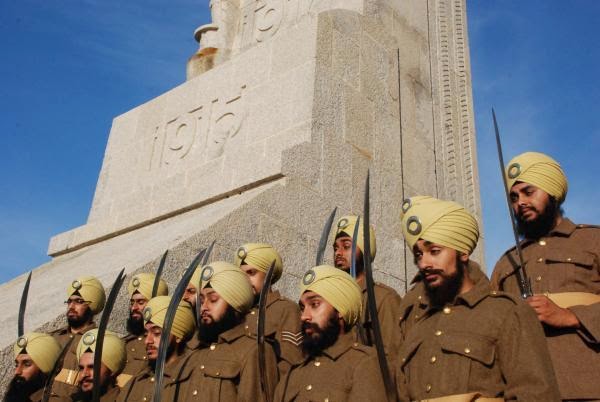 
The head of the British Army is examining proposals to create a Sikh regiment, the Armed Forces minister has said.

Mark Francois said the idea "may well have merit" as he told the Commons a reserve company is also under consideration.

The Tory front-bencher added the reserve company would inherit many of the "proud traditions of Sikh regiments" from the Army's past....

In reversing a decision made to counter claims of racial segregation within the British Army, although ignored with Ghurka regiments, the British lost a number of fine regiments with a proud history of dying bravely and equally on the field of battle.


I do feel this is a cynical move by a Government in response to counter the homegrown terrorist threat by recruiting from the same communities targeted by Islamic Fundamentalists.


However, provided they can recruit the right calibre of man, if they can at all, it's carried out with the full backing of the communities they wish to recruit from and can balance the proud traditions of past regiments with modern mans expectations and beliefs along with patriotism, this has the chance of being a fine moment for the British Army.

Email ThisBlogThis!Share to TwitterShare to FacebookShare to Pinterest
Labels: Gurkhas