Devil's Brigade: Finally receive their due 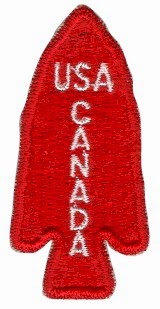 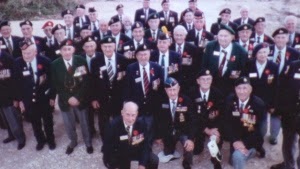 The Devil's Brigade served as the prototype for the special forces that would come later: outfits like the JTF-2, Navy Seals and Green Berets. (CBC)

The brigade was an elite special service force during the Second World War, and is so revered that it served as the model for the U.S. Navy SEALS. It also inspired a film in the late 1960s.

The award ceremony took place at Emancipation Hall on Capitol Hill in Washington, D.C., and was attended by dignitaries from Canada, the U.S. and the military.
[...]
The Canadians who attended Tuesday's ceremony included:

The men in the 1st Special Service Force were particularly close, said Canadian Maurice White, who joined the military back in 1941.

"The officers would help make your breakfast, do guard duty. So, us knowing them in that manner, if they asked us to go to hell, we would go with them," he said. "We had that much faith in one another."

The Devil’s Brigade marked the first time Canada and the U.S. combined forces in a single unit.

The group was trained in hand-to-hand combat, to climb mountains and parachute down on targets, and to become demolition experts.

The special service force was also given another name by the Germans: the black devils....

This is a terrific story about special Heroes being recognised for their Service.  GO read the rest here.. ( Be sure to read all the links in the story too.)

That last link is particularly fine on the history.  GO read an important part of our cross-border history
Posted by The Brat at 9:57 PM