ISIS Cell Arrested in Brooklyn – Planned Attacks on Obama, US

The FBI arrest of the three Islamic State members in New York is, in large part, due to a confidential informant at a mosque. 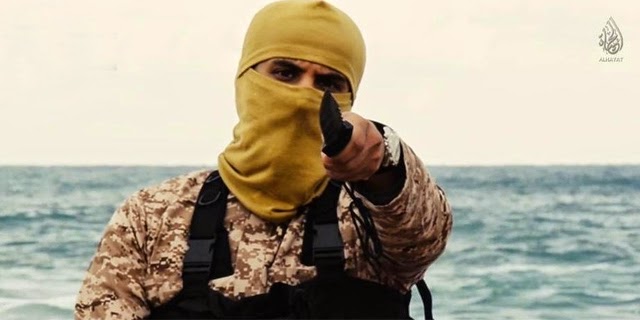 From an Islamic State video depicting the beheading of Coptic Egyptians

FBI has arrested three Islamic State (ISIS) members in Brooklyn, New York, in large part due to a confidential informant at an unidentified mosque. The conspirators discussed carrying out an attack in America if they are unable to join the Islamic State in Syria.


The three suspected terrorists are Abdurasul Hasanovich Juraboev, Akhror Saidakhmetov and Abror Habibov. Those involved made it clear that their violent intentions are not motivated by political grievances. They are motivated by the Islamist teachings that require Muslims to engage in violent jihad for the sake of a “global caliphate” and apocalyptic prophecies.

Juraboev is a permanent resident of the U.S. and citizen of Uzbekistan. It is unclear when he was radicalized but he told Islamic State members online that his family in Uzbekistan is not devoutly religious. He frequented an Uzbek website that implored Uzbeks to join the Islamic State and fight for its “global caliphate.”

On August 8, Juraboev wrote a post on the website under a pseudonym talking about his desire to “strike fear in heart of the infidels,” referencing the Quran (3:151). He asked if he could join the Islamic State while remaining in America and if it would be acceptable to become a “martyr” by trying to shoot President Obama.

The FBI saw the message traced the IP address to his Brooklyn address. He admitted to the authorities that he is a supporter of the Islamic State, would like to join the terrorist group in Syria. He said he’d kill President Obama or bomb Coney Island if the Islamic State asked him to and the “order had a basis in the Koran and the ‘Sunna’ (the traditions of the Prophet Muhammad).”


The indictment summarizes his explanation as follows:....


The evidence continues to mount that we DO have a major problem within our borders.

Email ThisBlogThis!Share to TwitterShare to FacebookShare to Pinterest
Labels: ISIS cell in Brooklyn