Operation United Assistance: US Troops out of Africa 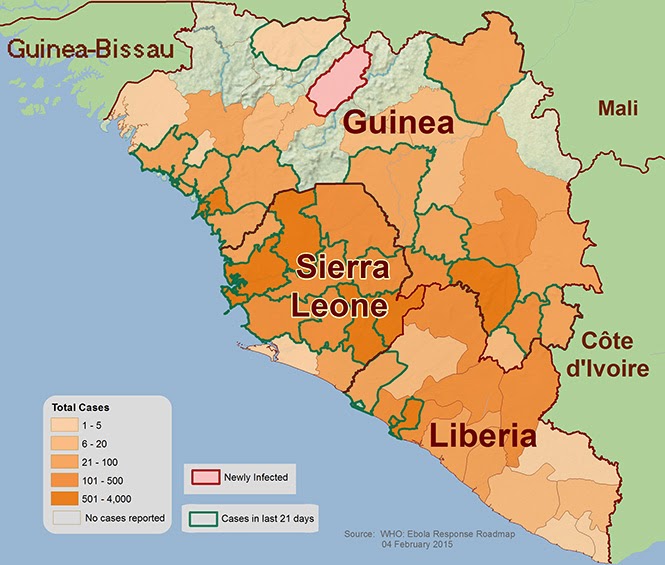 
Remember a few months back when US Troops were sent to Africa to join the international fight against ebola? Now comes this from the DoD:

Last September, the United States military deployed to West Africa to support USAID and international partners in fighting Ebola at its source. Over the past several months, the Department of Defense delivered critical life-saving resources, constructed Ebola Treatment Units, trained hundreds of local and international healthcare workers, and provided logistical support to humanitarian and public health workers who provided care throughout West Africa.


At the height of the epidemic, there were 2,800 DoD personnel deployed to West Africa. Given the success of the U.S. response to the crisis, the majority of DoD personnel in West Africa will now return home. Today, around 1,500 of them are already back to their duty stations and nearly all will return by April 30.    [Brat emphasis] All have or will undergo established controlled monitoring procedures.


To support the 10,000 civilian responders that remain on the ground in West Africa, the Department of Defense will leave behind important assets that can help health workers stem potential outbreaks in the future. In addition, DoD will identify 100 personnel who will maintain a continued presence in the region working to strengthen the disease preparedness and surveillance capacity of the national governments. DoD personnel will build on a strong military partnership with the Armed Forces of Liberia to enhance their Ebola response efforts and provide disaster response training to the Government of Liberia.


Secretary Hagel is grateful to the men and women of the U.S. military and their families who supported Operation United Assistance. Their swift response demonstrates the need to maintain readiness, capacity, and capabilities to respond to the diverse array of challenges facing the United States and our partners.

Related:  DoD Operation United Assistance (lots of stories)
Related: US will send 3,000 troops to help fight Ebola in West Africa
Posted by The Brat at 1:28 AM