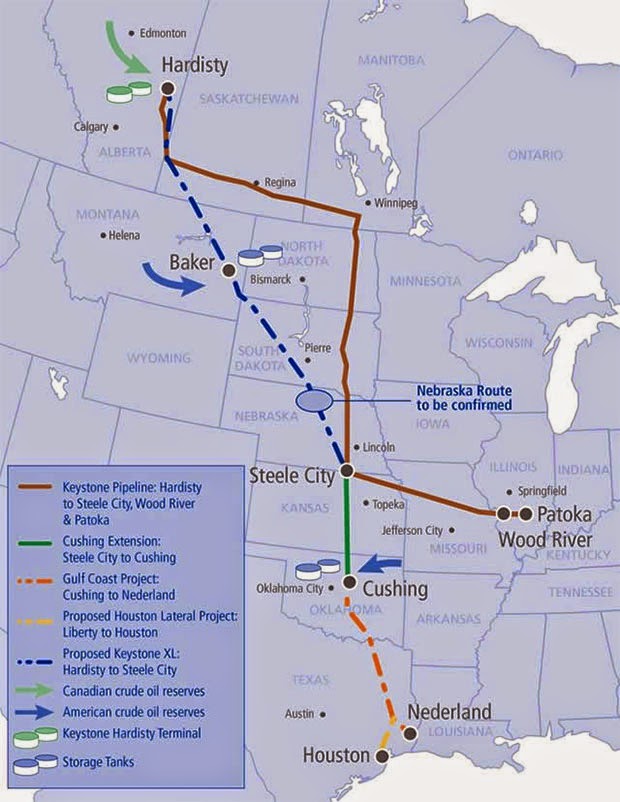 [...]
President Obamaon Tuesday vetoed a bill to approve construction of the Keystone XL oil pipeline, rejecting an effort by Republicans and some Democrats to force his administration to let the highly contested energy project move forward.

By saying no to the legislation, Mr. Obama retains the authority to make a final judgment on the pipeline on his own timeline. The White House has said the president would decide whether to allow the pipeline when all of the environmental and regulatory reviews are complete.

But the veto — his first rejection of major legislation as president — is also a demonstration of political strength directed at Republicans who now control both chambers of Congress. Mr. Obama is signaling that he will fight back against their agenda.... 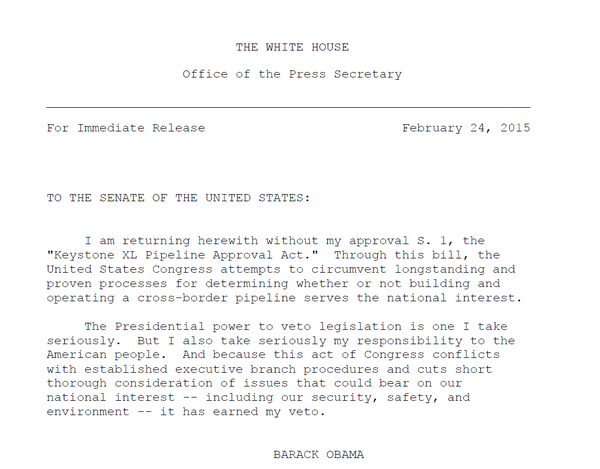 More all politics, all the time.