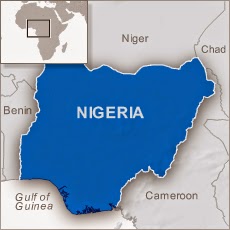 While women at the Hollywood Oscars were demanding 'equal pay,' little girls in Nigeria continue to be used as explosive weapons by murderous thugs.

Nigeria: Girl as young as 7 blows herself up in busy market, murdering 5 people and wounding dozens


This girl could have been one of those abducted last year, and for whatever reason found unsuitable for any other use than this. The mainstream media attention is gone, but the savagery continues. [emphasis mine]

"Girl as young as seven kills herself and five others in Nigerian bombing,” by Aislinn Laing, theTelegraph, February 22, 2015 :

A girl thought to be as young as seven has blown herself up in a busy Nigerian market, killing five people along with herself and wounding dozens more.

The girl was reported to have been turned away from a security checkpoint at the entrance to a mobile phone market in Potiskum, the commercial capital of northeastern Yobe State, on Sunday, but she returned and ducked under a rope before the explosives strapped to her body detonated.

The attack came as the Nigerian military hailed a significant victory in retaking of the town of Baga, captured by Boko Haram just after New Year with the loss of up to 2,000 lives.

Meanwhile the country’s president Goodluck Jonathan admitted that his government had “underrated” the terrorist group’s capabilities but said it was confident of bringing the group to heel ahead of delayed presidential and parliamentary elections on March 28....


'The mainstream media attention is gone, but the savagery continues....'  This is the truth, with very few of the msm reporting what is happening every.single.day around the world.  Go read the rest of this here....And please: pay attention.  These lives do matter. 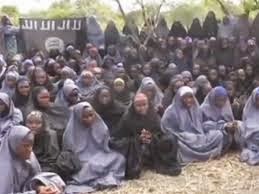