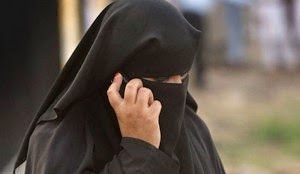 The Islamic State (Isis) in Mosul, northern Iraq, has reportedly chopped the hands off three women for using mobile phones.

In addition, five men are also said to have been flogged for using their phones – which the Islamic State consider a crime.

“Today evening, the IS militants cut three women’s hands off for unknown charges,” an anonymous source in the Nineveh province told the Iraqi News, while later reports suggested they were punished for using mobile phones.

The source added: “They also whipped five people for using cell-phones to contact their relatives while standing on the celebration stage in the Cultural Compound in central Mosul.”...


It is generally recognised that ISIS is spreading its tentacles of terrorism globally.

From The Boston Globe comes this:


WASHINGTON — The Islamic State is expanding beyond its base in Syria and Iraq to establish militant affiliates in Afghanistan, Algeria, Egypt, and Libya, US intelligence officials assert, raising the prospect of a new global war on terror.


Intelligence officials estimate that the group’s fighters number 20,000 to 31,500 in Syria and Iraq.


There are less formal pledges of support from “probably at least a couple hundred extremists” in countries such as Jordan, Lebanon, Saudi Arabia, Tunisia, and Yemen, said a US counterterrorism official who spoke on the condition of anonymity to discuss confidential information about the group.


Lieutenant General Vincent R. Stewart, the director of the Defense Intelligence Agency, said in an assessment this month that the Islamic State is assembling a growing international following....

More on this one here.

Just today it is also being reported (with video) that  21  Christian men were beheaded by cowardly ISIS terrorists  in Libya who had kidnapped these Egyptians.  This IS a global scourge and time is long past when they should be eradicated from the human race.

How long will our leaders continue to spout stern speeches and do far too little?  How long?

UPDATE:  Egypt Strikes IS Group in Libya After Video of Mass Killing


CAIRO — Egypt said Monday it has launched airstrikes against Islamic State targets in Libya after the extremist group released a grisly video showing the beheading of several Egyptian Coptic Christians it had held hostage for weeks.


A spokesman for the Armed Forces General Command announced the strikes on state radio Monday, marking the first time Cairo has publicly acknowledged taking military action in neighboring Libya, where extremist groups seen as a threat to both countries have taken root in recent years.


The statement said the warplanes targeted weapons caches and training camps before returning safely. It said the strikes were "to avenge the bloodshed and to seek retribution from the killers."


"Let those far and near know that Egyptians have a shield that protects them," it said.  [Yes, emphasis mine]

The names of the 21 Christians who were executed by ISIS, as translated by @maitelsadany via @Anba_Ermia. pic.twitter.com/FhxFtaSu8S
— Sarah Pulliam Bailey (@spulliam) February 15, 2015