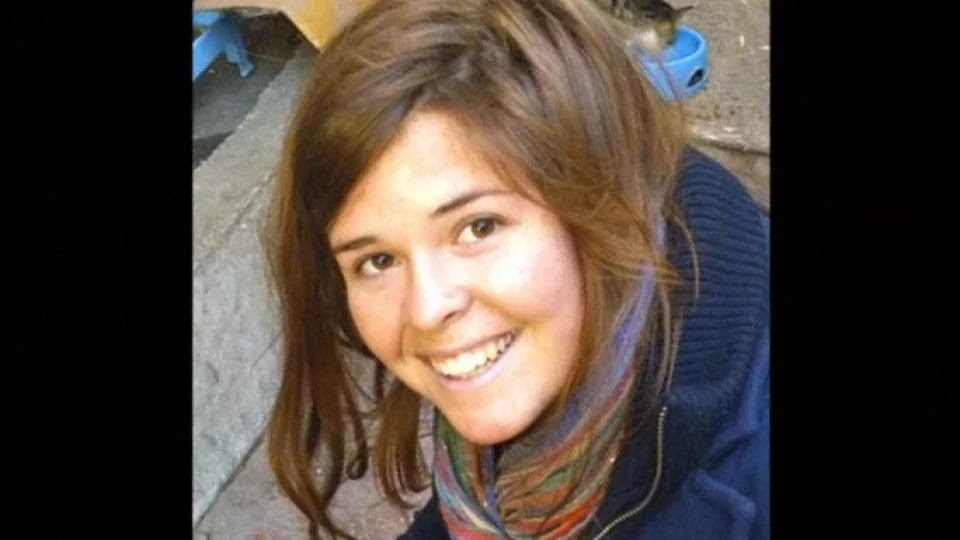 Overnight, it was confirmed what a lot of us had already concluded: Kayla Mueller is dead.

In a statement, President Obama said that “it is with profound sadness that we have learned of the death of Kayla Jean Mueller. On behalf of the American people, Michelle and I convey our deepest condolences to Kayla’s family — her parents, Marsha and Carl, and her brother Eric and his family — and all of those who loved Kayla dearly. At this time of unimaginable suffering, the country shares in their grief.”


IMMEDIATE RELEASE
Release No: NR-046-15
February 10, 2015
Statement by Secretary Of Defense Chuck Hagel on the death of Kayla Mueller
On behalf of the men and women of the Department of Defense, I extend my deepest condolences to the family of Kayla Mueller, who died while being held hostage by ISIL, and who was abducted while providing aid to victims of the conflict in Syria. The world is united in condemning ISIL's continued murder and imprisonment of innocents.

As we join Kayla's family and loved ones in their grief, we also celebrate her selfless dedication to helping others. Her compassionate spirit will never be forgotten.


Did Hagel et al really promise an ass kicking against ISIS?  No, of course not.  Apparently, we western countries need to pay attention to Jordan's response to the barbaric, fiery death of the Jordanian pilot last week..


Related:  Yes, Kayla Mueller Is Dead
Posted by The Brat at 6:24 AM