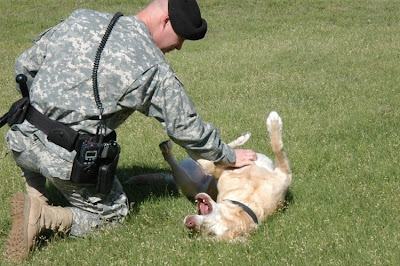 Gabe has officially retired as a Military Working Dog! In the best news ever, ....well I'll let Chuck's email explain:

GABE IS HOME!!!!! After all these years of working and living in a kennel, Gabe is now living every Military Working Dog's dream and that is living with Dad...Gabe also made it very clear the sofa in the living room is his and he now has his 2 favorite toys and all the balls and kongs he wants and he doesn't even have to work for it (EVER AGAIN HA HA)...

So many people have been working so hard on this and I would like to thank them especially Aunt Gini Steigerwalt, Mayor Walck and the office of Congressman Kanjorski. The man that made got the initial ball rolling and I will be forever in debt to is Mr Nunez. ...Without him, Gabe would still be sitting in a kennel at Lackland. The other man is Mr Rodney Sparkowich, he is the adoption guy at Lackland tha hast had to put up with me for the past 2 weeks bothering him everyday about Gabe ha ha, but he always was very kind and at last MAJ Jordan for being the officer that approved Gabe's retirement. ...

May God continue to bless us, His American Troops and K9 partners 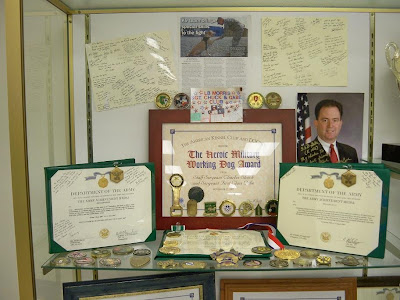 Some of Gabe's awards 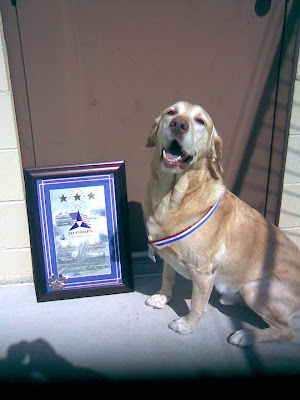 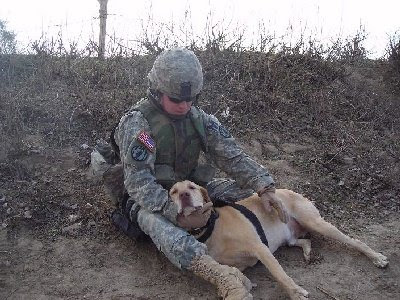 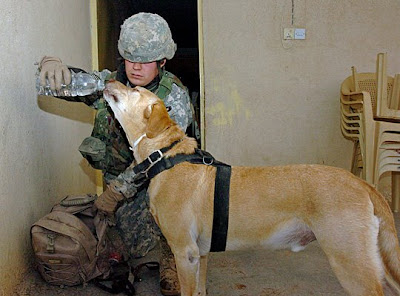 Staff Sgt. Chuck Shuck and his K9 partner, Sgt. 1st Class Gabe, both with 178th Military Police Detachment, 20th Military Police Battalion, take a break to hydrate during a cordon and search operation in the village of Shukran, near Forward Operating Base Q-West. U.S. Army photo by Spc. Amanda Morrissey (Article from June 2007 in DefendAmerica.mil. Read it here) 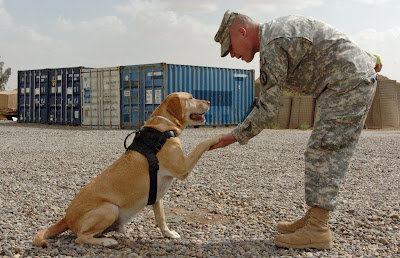 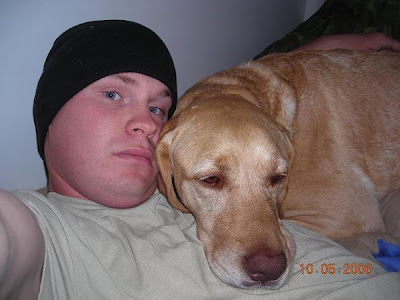 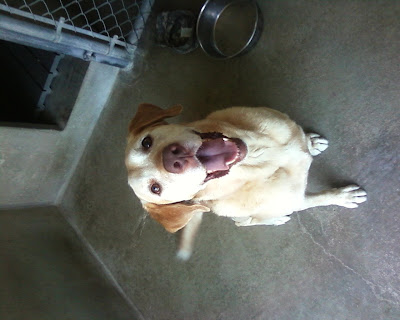 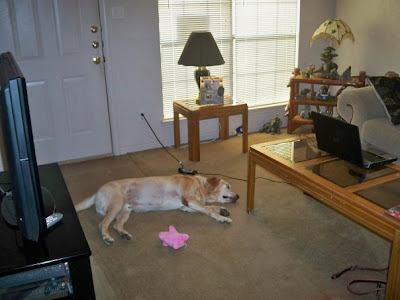 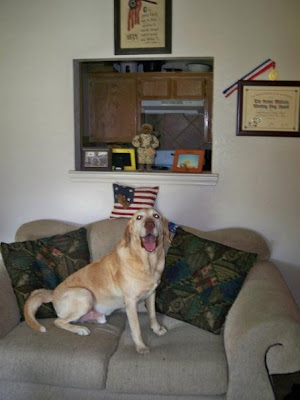 All pictures, unless otherwise stated, are courtesy of Chuck. And be sure and watch the video. It does have Chuck and Gabe in it, as well as Kory and Cooper.

Gabe, I really don't have the words to tell you how much you are treasured. You truly HAVE served your country above and beyond the call of duty. It is my honour to be one of the many of your fan club. Bratdog is so proud of you, too!!

Thank YOU for your service. Enjoy your well-earned retirement. *woof wooooooooof*
Posted by The Brat at 9:07 PM

Thanks to Chuck and Gabe both for years of dedicated service.

Thank you Chuck and Gabe for your sacrifices, fine service and devotion. You make my proud to say I am an American.

The best news I've heard in a long time!!!! Thank You Gabe for allowing us to follow your adventures, and Chuck for typing LOL!!

Such happy, long-awaited good news!
Thank you Gabe and your wonderful "Dad" Chuck for being such an awesome bomb-sniffing team. Gabe, you've earned your honorable discharge and have served with great distinction!
Thank you to ALL those who have helped make this happy reunion a reality. And . . . thanks Roz for publishing the great news.

Wonderful news! In 2006 while I was moving into my apartment, I met Chuck's former roommate. When I told him about Soldiers' Angels, he told me about Chuck and Gabe and how I should get in touch with them. He said that Chuck really loved his dog and was always sending photos. Little did I know that was the understatement of the year! LOL Since then, I have followed the adventures and heartaches of our Military K9 teams. I am so pleased that this story has a very happy ending.

Gabe, you knew it was time to be with Chuck again, you could not part with him a moment longer. We thank you and Chuck both for your exemplery service under difficult conditions. Happy a happy life Gabe, we're proud of you and all the Military working dogs and their handlers.
Frank Muller,
Brookings-Harbor Red Shirts

So many of us have come to love you Gabe and were saddened when you and Chuck had to part. Your new forever-home with your "Dad" is a great present to your extensive fan club. Thanks and love to you both for your service to our nation and our troops.

Anyway, Gabe was always the "nice one" of the working dogs that worked with us, although he always left hair in my seat in the hummer after we were done with the mission.

I LOVE A HAPPY ENDING!