File under: The family also serves

From the UK's Fenland Citizen:

To read this article in full you must have registered and have a Premium Content Subscription with the Fenland Citizen site.

To read this article in full you must be registered with the site.

THE mother of a serving soldier has spoken of her pride in her son after he was involved in a terrifying road side bombing last week.

Lynda Betts said she was absolutely hysterical after being told in an email that her 23-year-old son Liam Dansi had been involved in the incident, which had been reported on Sky News.

"I got an email from a family liaison officer saying that Sky News had reported an
incident in which two vehicles had been blown up and that Liam had been in one of the vehicles and that as far as they knew there were no casualties - I was absolutely hysterical," said Lynda....

And from America's This is my Life: 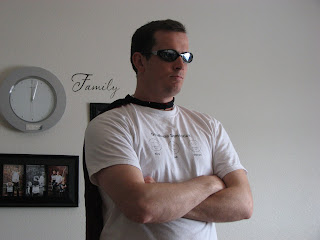 Oh how I miss this handsome guy!
I love talking to him on the computer. I could talk to him forever and it still wouldn't be enough. Our love and respect for each other has grown so much. Whenever we talk to each other we start talking about how our day/night was. And how the kids are doing....(read more here)

H/T for this one Thunder Run.

Never forget: The family ALSO serves.
Posted by The Brat at 7:56 AM

Email ThisBlogThis!Share to TwitterShare to FacebookShare to Pinterest
Labels: Family also serves, Fenland Citizen, Lynda Betts, The Thunder Run, This is My Life