From The Thunder Run: 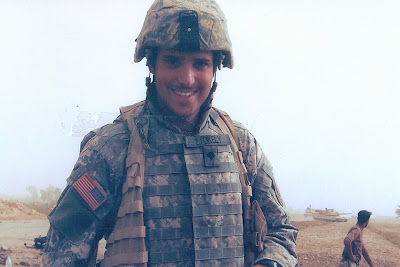 He went to "boot camp" - basic training at Fort Benning during the summer of 2000 and returned to Loganville for his senior year that August, graduating May, 2001. He then went to Fort Gordon for his Advanced Individual Training late June 2001 through November 2001. In Janaury 2002 he started college at Georgia Military in Milledgeville. He took what was to be a year out from college in 2003 to recruit full-time with the Georgia Army National Guard. He was planning on going back in 2004 but thought his unit was being called up so held out and worked full-time, and moved to Sharpsburg to live with us. In the fall of 2004 as he was making plans to re-enroll at Georgia Military Fairburn campus, he was called up.

Mike's unit deployed on May 15 2005 after five months of train-up, landing in Kuwait on the 16th and entering Iraq a few weeks later. He served at Yusufiyah Iraq in the Triangle of Death about 15 miles southwest of Baghdad. Mike escaped several close calls but in the early morning hours of August 16, 2005 his three HumVee patrol stopped to check a suspicious location.

While out of their vehicles on dismounted patrol a very powerful roadside bomb exploded, killing Mike and seriously wounding two of his fellow soldiers. 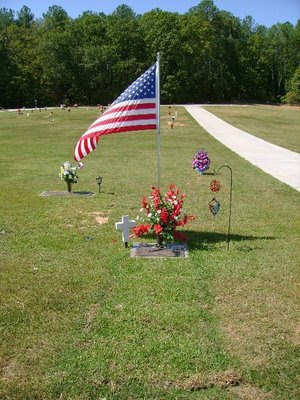 Mike Stokely was age 23 when he died.

PLEASE go over to Thunder Run here, and read a tangible way to honour this hero and his family. Thank you.

Mike Stokely: ALWAYS remembered and honoured.
Posted by The Brat at 4:28 AM

Happy Heavenly Birthday, Mike. May your family feel your love and know you are watching over them. For Mike will never be forgotten. Blessing to the Stokely Family on the special Memory Day. (((((((((Stokely Family)))))))))

Happy Birthday, Mike. You are not forgotten.